One of the more niche electronics scenes I love to follow is #Badgelife. It’s a dedicated group of people who create electronics badges (usually palm-sized) that can be anywhere from passive decorative art to full-on video game emulator systems waiting to be hacked. Most of these end up being in the infosec community for whatever reason - likely due to the size of the scene? Regardless, I’ve been doing my best to contribute, but mostly from an outreach/advocacy point of view. I’ve had lots of fun opportunities to do this in college, but none since then really.

Luckily, I invented one. I got permission to whip up a batch as a work holiday gift, and man was it awesome! It took about 15-20 hours of total work from idea to getting them into everyone’s hand, so totally worth it. I wanted to stretch my artistic side a little bit, so I got to have some fun on the silkscreen side. There’s no real theme, or rather, there’s two utterly disjointed themes - Christmas and Astranis. I very briefly thought about making it Alaska related somehow, but eh, too much coherent though for an impulse project. The design files are after the pictures.

I learned some interesting things making this:

We ended up having a mini “make-your-own” workshop and it went great! Here’s one of the finished ones: 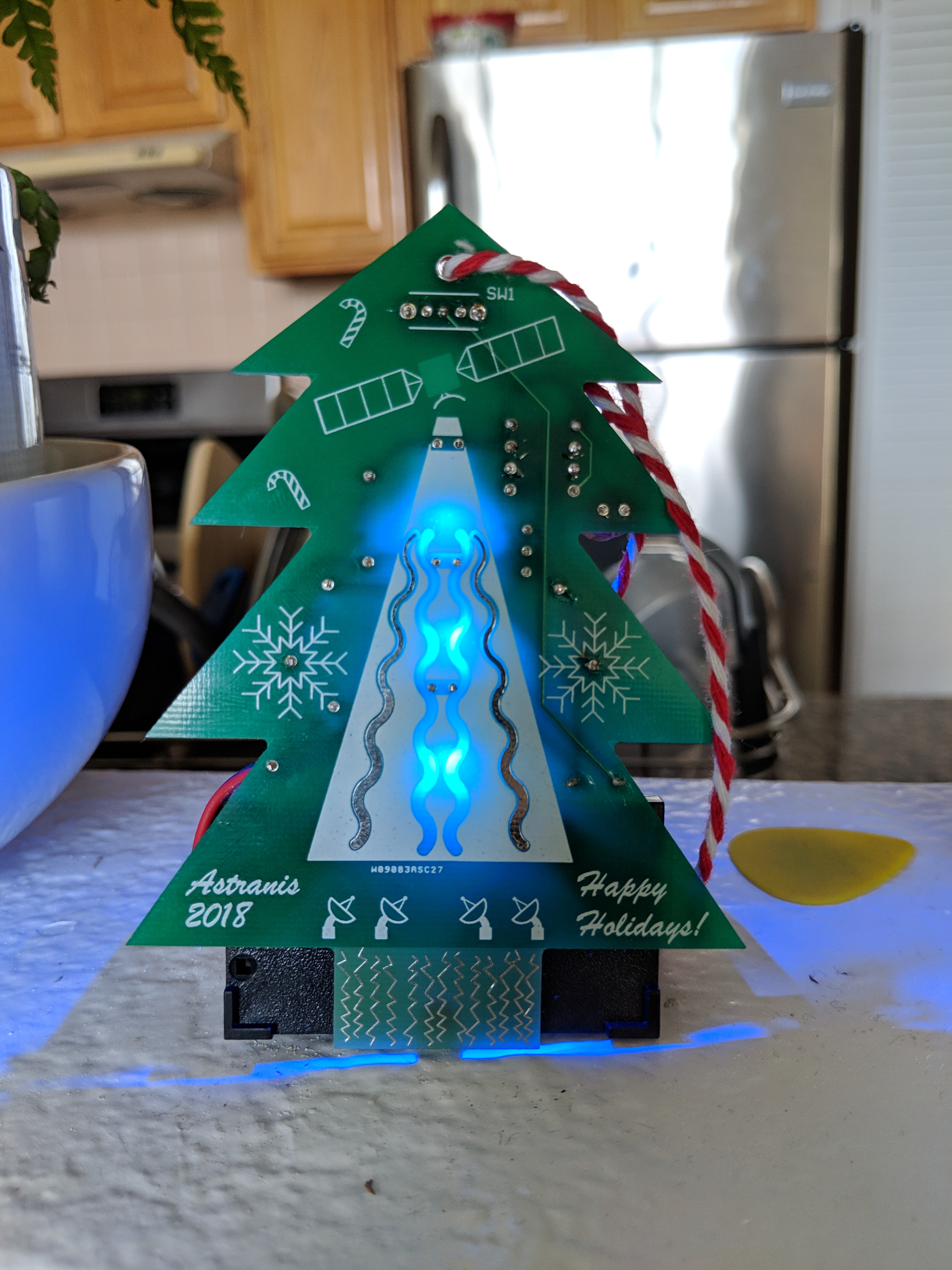 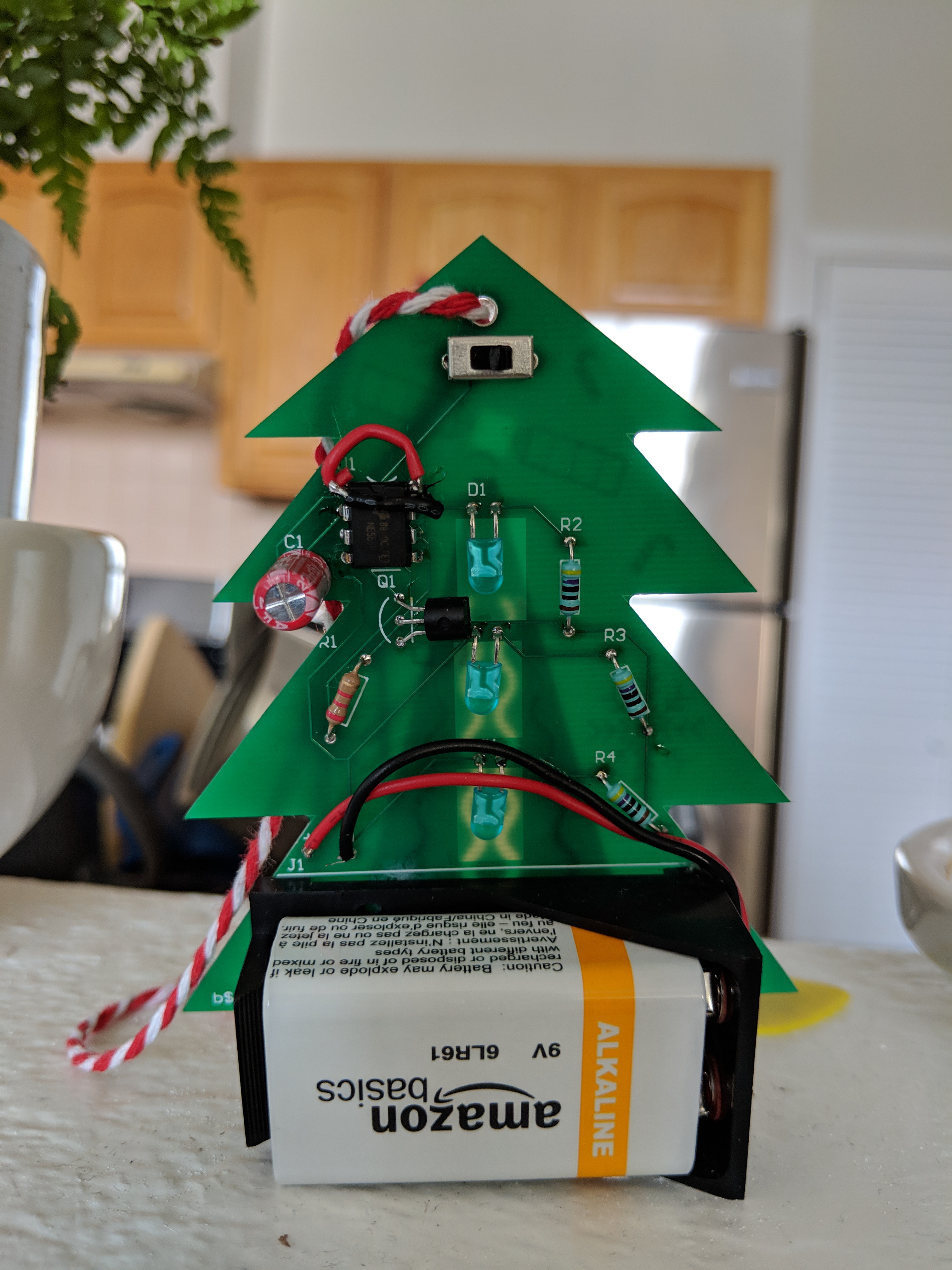 If you want to copy it, go for it! If the Altium files are a problem, happy to output in some other format if it’s not too much work - feel free to email me. Please note that there’s two (rather large) bugs in the current design.