The First Time I Met Sanawon? by Bomb The Music Industry! from the album with a title that can not be forgotten: Adults!!!: Smart!!! Shithammered!!! And Excited By Nothing!!!!!!!

As we get older every day feels longer

And although I know I’ll struggle I will

Do my best to never get tired

I know Chicago will be cold tomorrow

There’s a lot going on in the world right now. I took a break from writing, since I didn’t want to pile on to a depressive heap. I haven’t found a good time to get out of that break yet, but I’m forcing myself to use this one to get back into it. Thoughts deserve to fly and not be crushed.

Yesterday was my third year of working at Astranis. I had no idea what I was getting myself into and never in my wildest dreams could I have ever expected it. I wanted to take some time to write down how it’s been, because I don’t want to forget. I can’t forget. I am not hopeful that someone is going to read this and learn what they want to do - I read a lot of blogs, HN posts, reddit threads, books, newspaper articles, you name it, and I still ended up lost and confused. I am hopeful this can help someone though, even if it’s maybe just me.

Let’s start with the easy point: working here has not been easy. I have given thousands of hours to this company1. By Malcolm Gladwell’s widely debunked statistic, in one more year I will have mastered… creating software defined radios? designing satellites? building a team? growing a company? It has cost me a lot. It has cost me experiencing living in California. It has cost me blood, sweat, tears, hair, stomach acid, liver enzymes.

But that’s easy. Anyone can talk about hours worked. I don’t have a timesheet that requires me to be here. I have unlimited vacation. I can, at any point, leave this company and find a new job2. I’m not going to lie and say I’ve never opened other job openings, but truthfully, I never respond to them. I open them up and I picture myself in them. My life is simpler, but it’s not better.

But why? I’ve thought about the best way to phrase this for awhile. There is no other place where I could ever give and receive so much trust.

But most importantly, trust is blind. It is only now, three years in, that I can appreciate the massive dice roll everyone took on me. I used to wonder - what did they think about me? Did they know what a risk they were taking? I saw them interview people with more experience than me! They were smarter, they had done this, or at least this-adjacent, before. I was scrambling to fill one page of a resume, they were curious which impressive experience to leave off.

Not anymore. After all, does it matter? It doesn’t. They trusted me, and I did everything in my power to return that favor. Saying we are equals would diminish the real joy we all gained along the way. But alas, I have missed the thesis by this point. A frequent error of mine, but still not ideal. Here are some things that I don’t want to and can’t forget. Thanks for the good times, everyone.

I learned that space is actually cold, except when it’s hot. I had no idea the most difficult issue in my time here would be thermal. No air, so many problems.

I learned that a button down shirt doesn’t make you a poser, it just means you dress well. To stretch a British author’s language: It takes a great deal of bravery to stand up to our enemies, but as much to stand up to our friends.

I learned that no matter what you do, you will literally never be prepared when you dump a bunch of highly activated particles on a piece of hardware.

I learned that it’s easy to say someone’s a sellout, but knowing who’s punk and what’s the score? That’s harder to say. Defend your friends.

I learned that if you really trust someone, sometimes launching your entire body at them full force is in fact a good way to validate that.

I learned that shaving half your head won’t be noticed by most of coworkers for several days.

I learned you can find love in the center of a mosh pit.

I learned that in a startup, no one will actually know what you can or can’t do until it matters. Fake it till you make it!

I learned that my degrees didn’t help me with reading the datasheet, but they did help me read all the words they didn’t write down.

I learned that culture is something that starts with a fake order and ends over 600 beers later.

I learned you can ask people literally anything in an interview and they will assume it’s a difficult question.

I learned that screaming at the top of your lungs is probably not the best way to start your first job. There are worse ways, though.

I learned that impedance control is optional and being sensitive to a couple fractions of a dB of loss was a poorly designed lane budget anyways.

I learned that you hire employees but make friends.

I learned that if you want to know the state of the company, there is only one answer: it’s strong.

I learned there is only one goal and that is to get the ball over the line.

I learned that you can start a dream in apartment building. If you don’t give up, you can take that dream, put it on a rocket, and get it all the way to space. You can do it again, but bigger and better. It might be harder the second time around, but all your friends are still there, so you can do it. I promise you they won’t let you down. 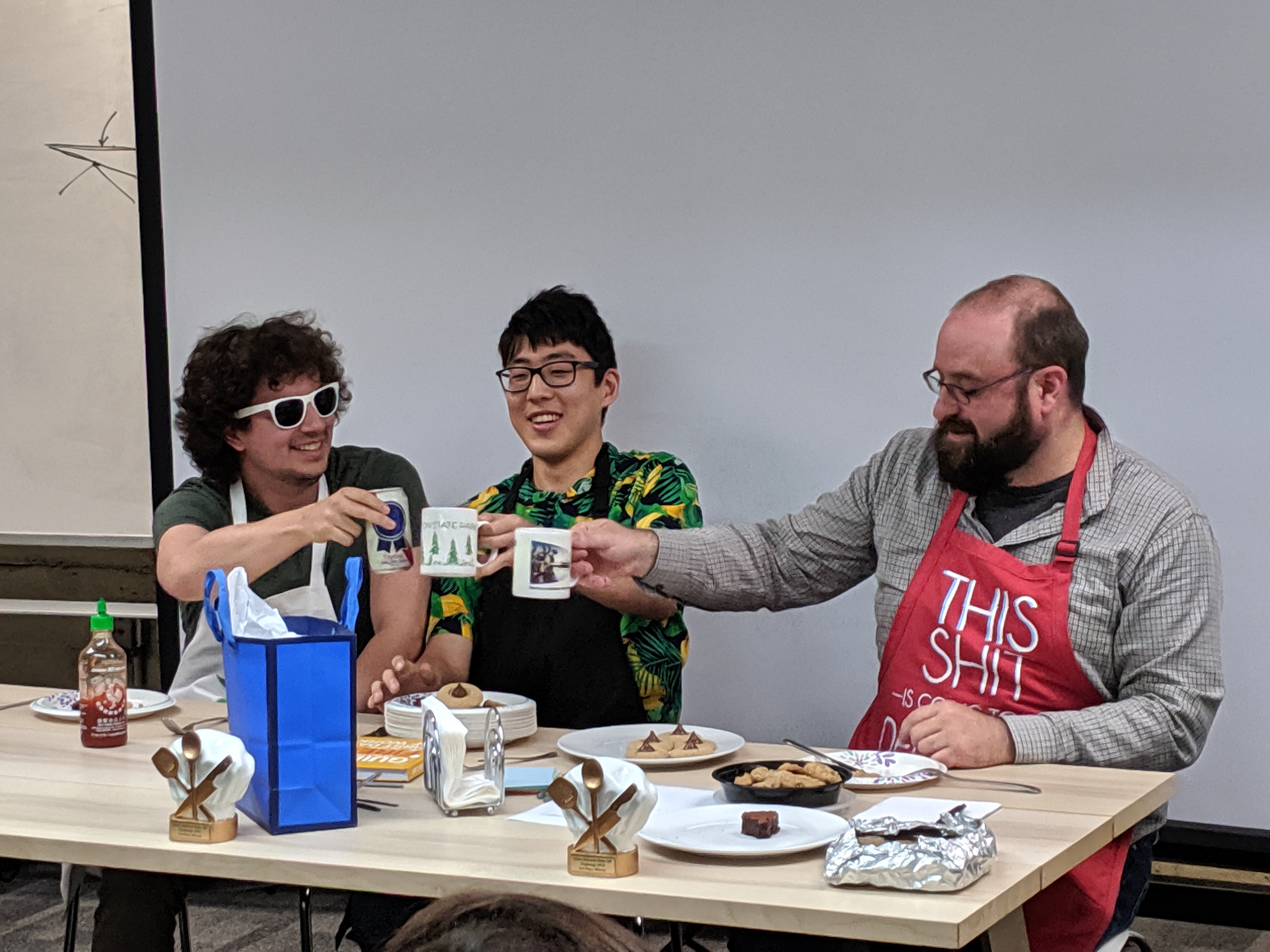 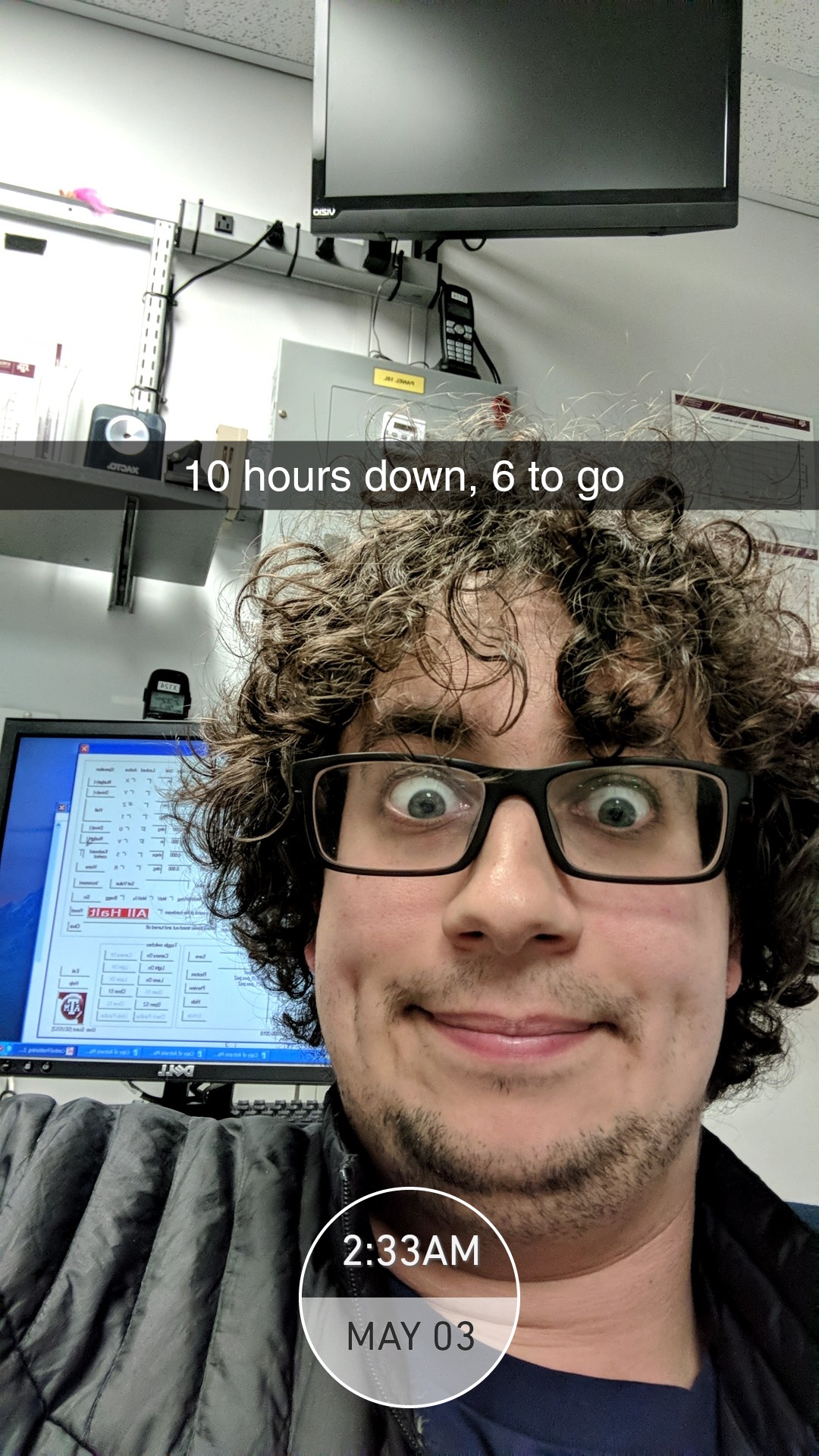 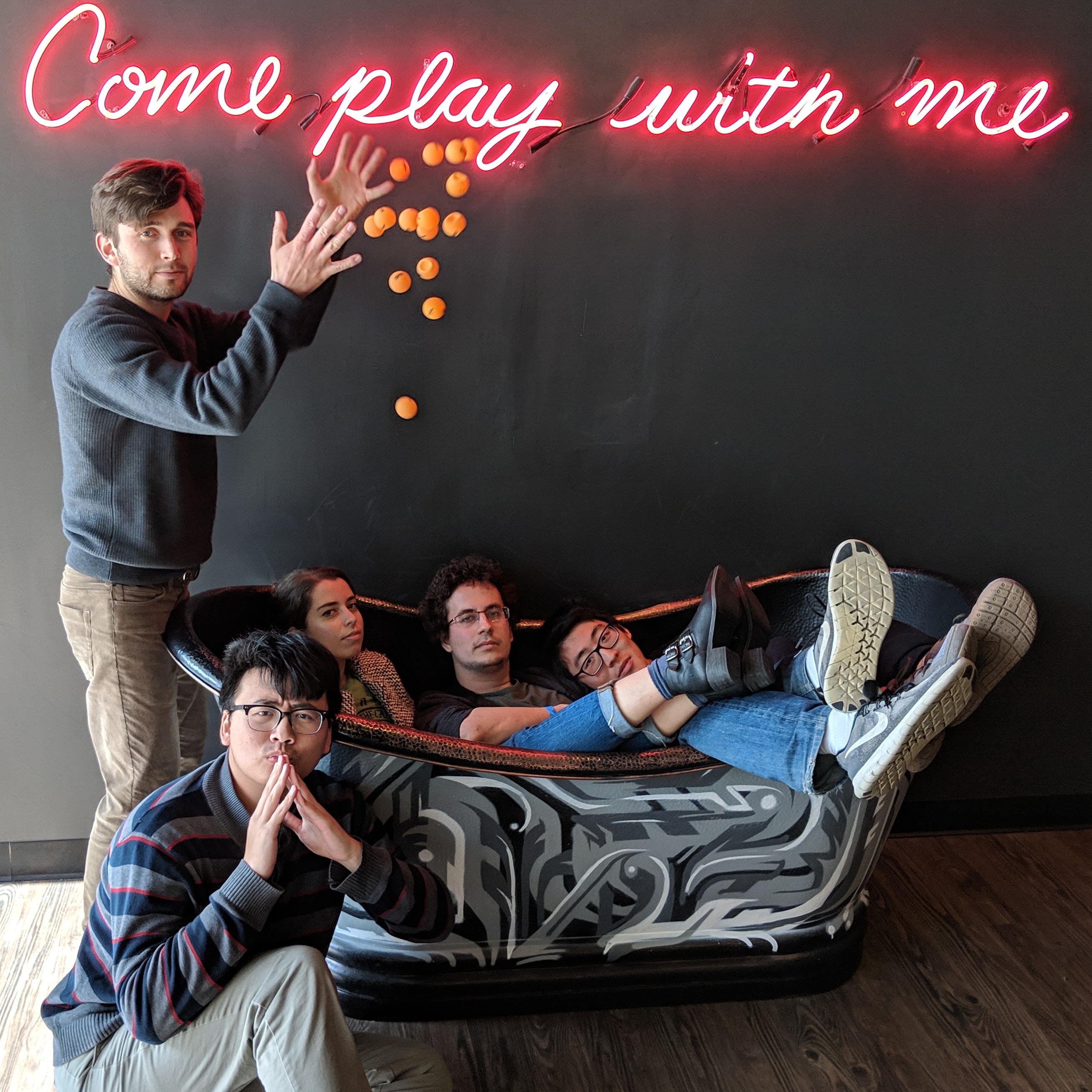 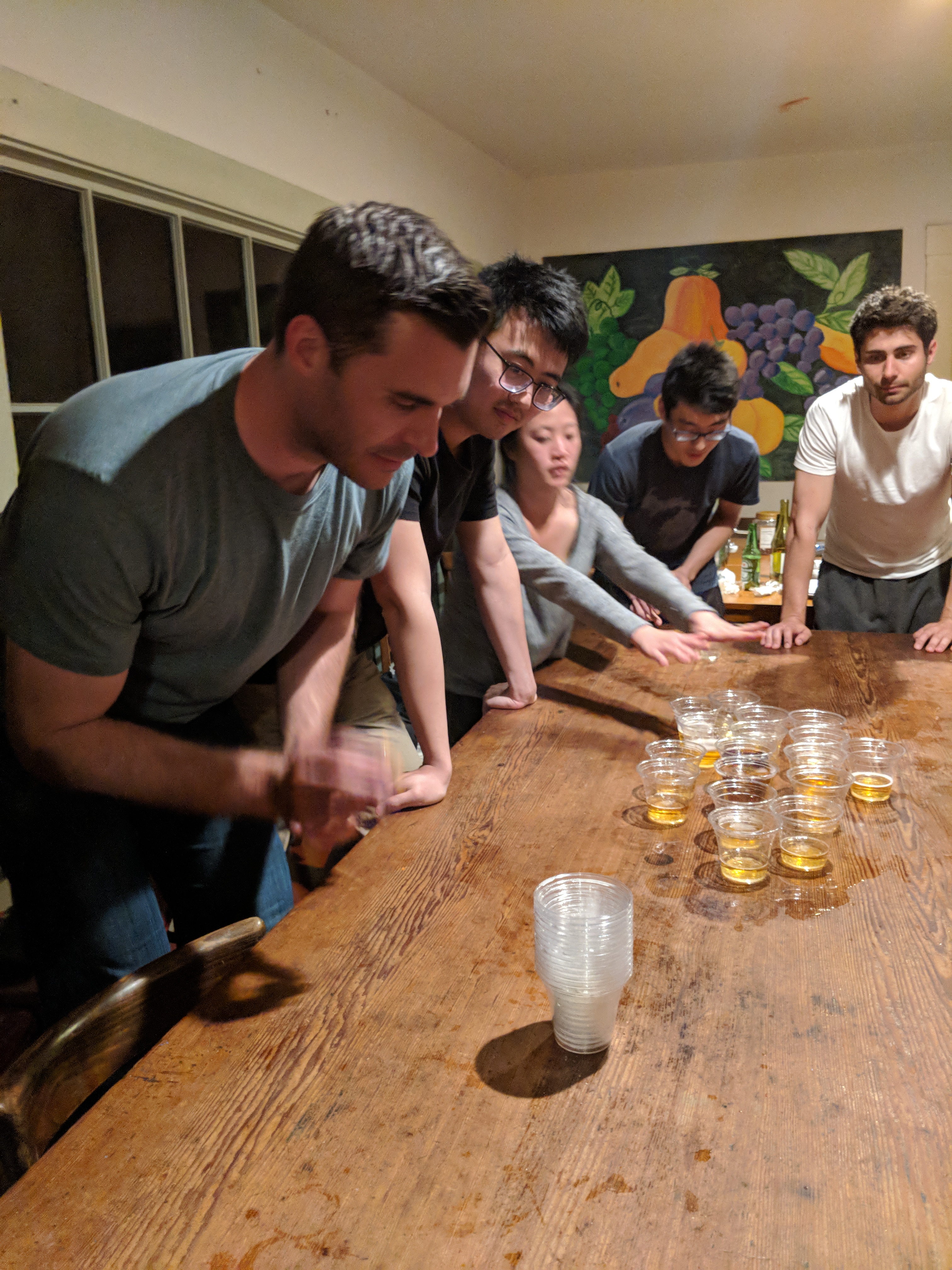 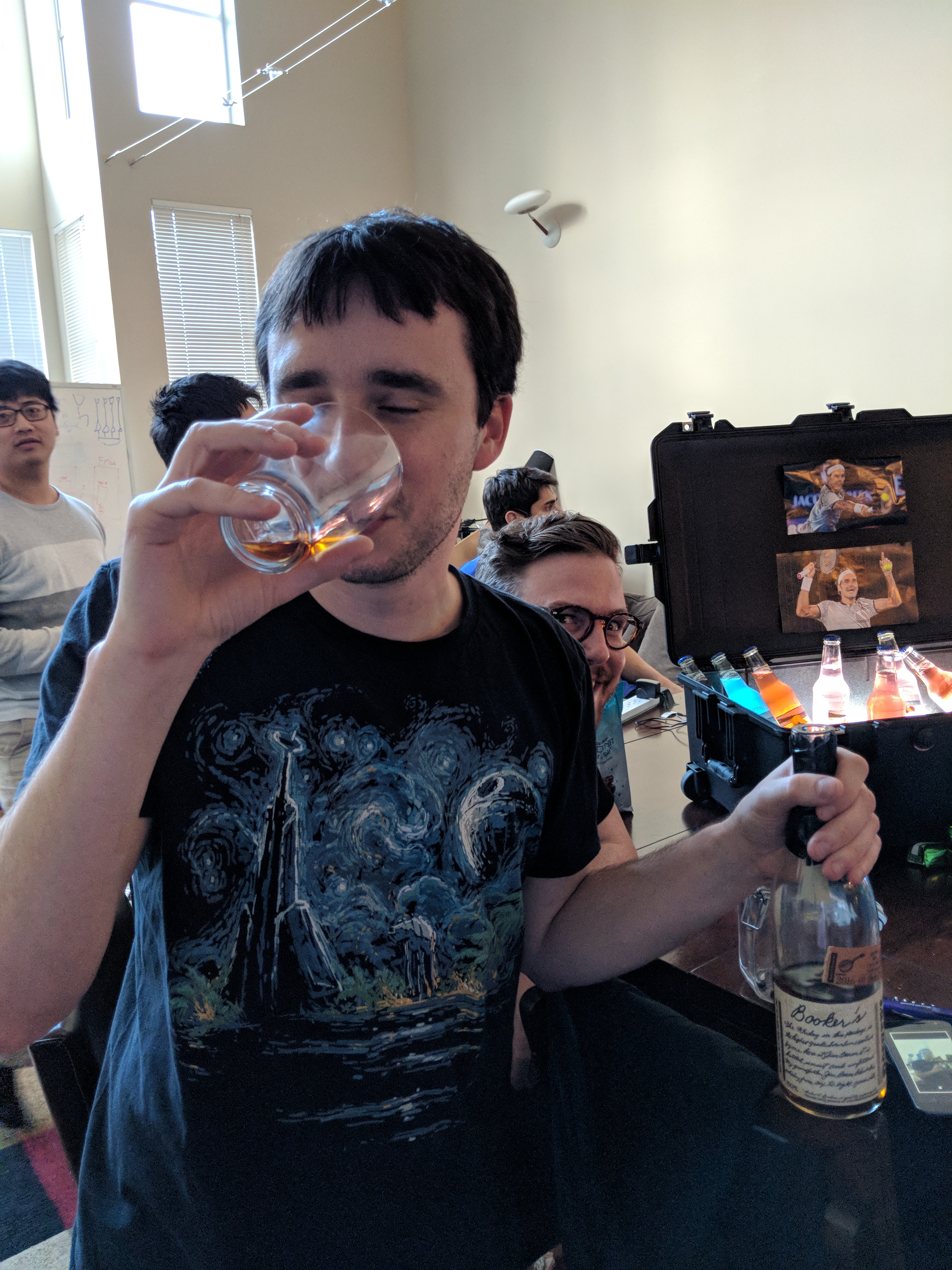 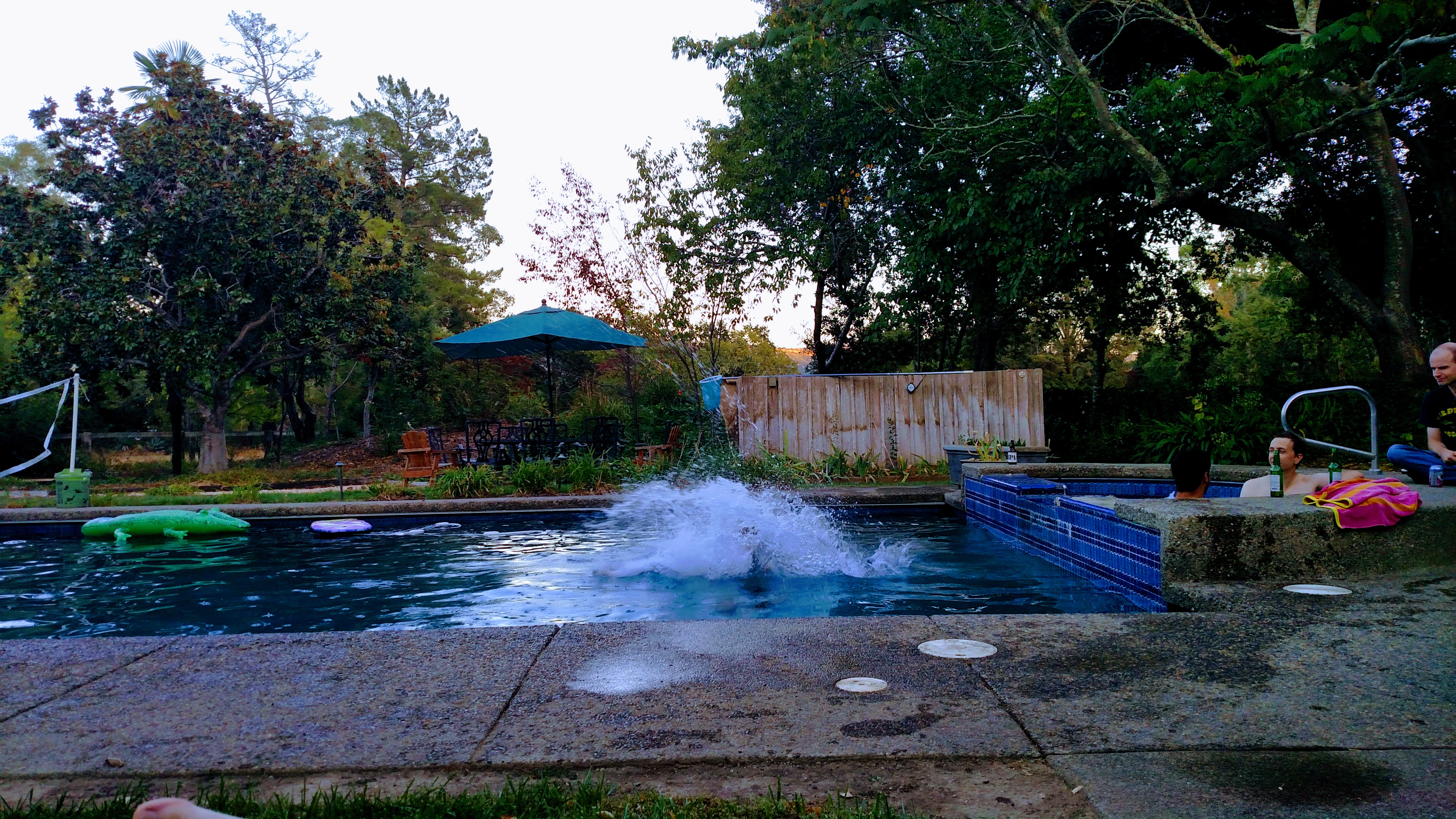