Be Good by Off With Their Heads

I had assumed I would have been gone by now

But the ship has weathered the storm

At some point it will probably be cliche to say “hey, it’s been awhile?” but we’re not there quite yet. My last prediction was shockingly accurate - 2021 will be better. If it’s this bad at the end of 2020, I won’t be around for 2021 I think. That’s not intended to be an overtly depressing take, it’s just the same thing I’ve heard from every and anyone. I can’t stand this, it can’t last, what’s next for us?

Standing up chairs and desks, not allowing folks to sit down. Gone are the days where we could go in and drunkenly collapse on a table. Salsa stains and bruises from table edges that have somehow managed to remain painful despite years of blunting. Now we awkwardly stand in line. The person behind me asked how real this was. I hope he’s had better days, because he is not in a good place right now. 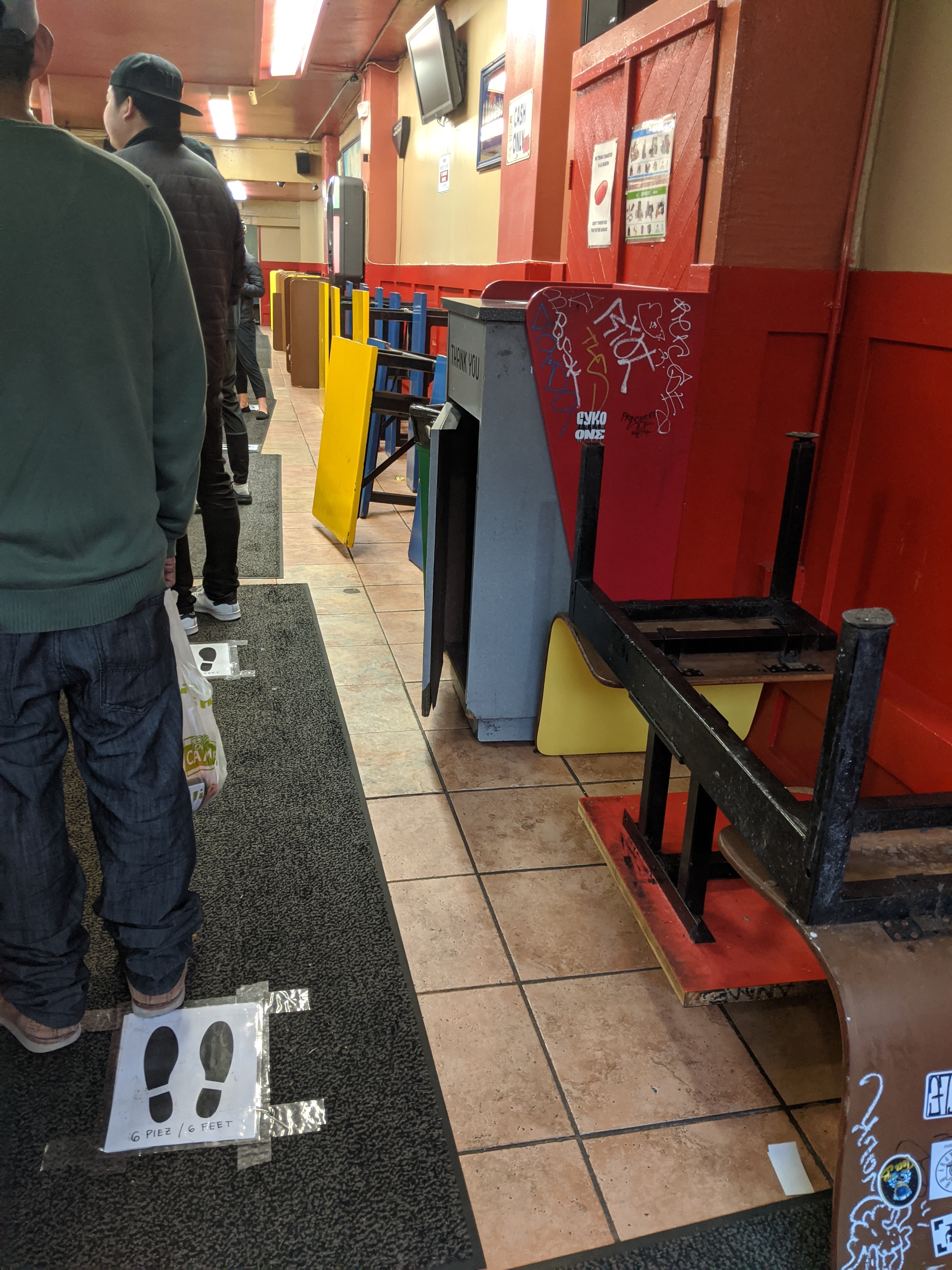 “Do you think this is it?” he asks as he looks over my mask and gloves. I barely know how to breathe while I wear it, let alone talk. Thinking is an action that evades me. The stammering and stuttering ends up being interpreted as a reply, so he continues - “I’m not ready to go”. The mask isn’t big enough to cover my mouth after my jaw drops. I wish I could give him money, food, or hope and fix things. He just wants to live. It’s the fifth day and this is the first weekend off I’ve had in awhile.

They pile up the chairs now. Hoarding them, stockpiling them, barely using them. Is this an analogy for toilet paper? Or maybe pasta, or soup? Frantically claimed by people who were prepared. And yet in this hour, we all just look foolish. No one was prepared for the schools to close and the trains to stop. We only bought the things we could think of, but that’s when you learn these things are bigger than you can think of. No one was really prepared.

This place is a little nicer than the last one. The manager is a professional, he keeps the place spotless. Still, the hosts write your name+order on the napkin that you get back when you pick up your food. I’m not a restauranteur but I have a feeling it’s not Michelin. The line takes the same amount of time as normal, but there’s only three people in the store. I order “to-go” as a gut instinct. We both shudder and sigh - if it was a joke, it’s not funny anymore. If it wasn’t, I miss those days too. 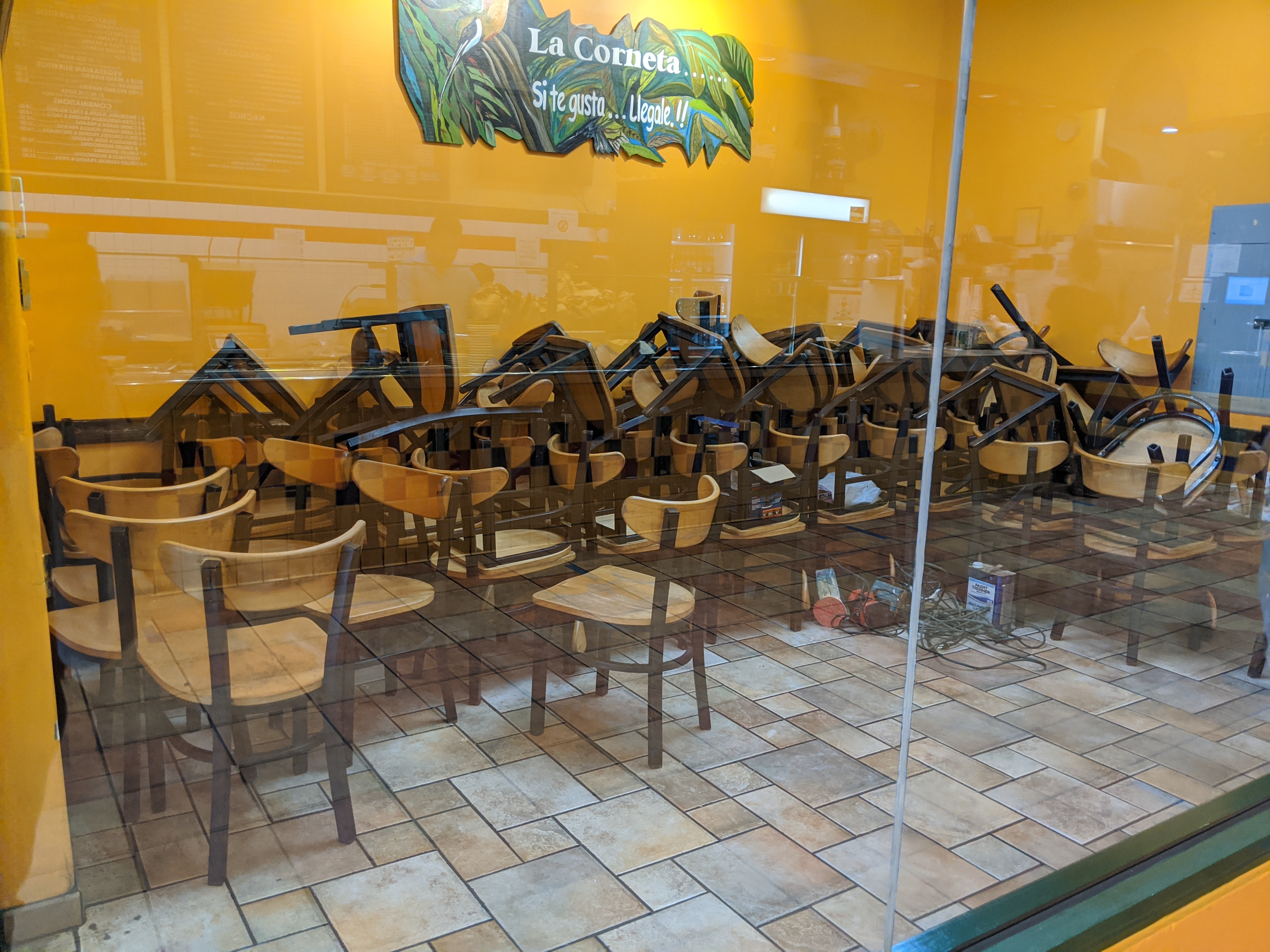 On the other hand, nothing terrible has actually happened yet. The entire country is holding it’s breath though, and after a couple of weeks, we’re starting to see stars. Maybe it’s not that bad. This desert is hot but that water looks refreshing. I can play games, I can cook more. The things I always wanted to do? Hey, I’m doing them! It’s the fourteenth day but I miss my friends.

We are Doing Good!

Despite all the good vibes, it turns out you just can’t beat the classic combo: anxious and angry. I have a job to do, and a pandemic can screw off. It can kill me, but it’s not taking me alive. Cue the infinite distractions and slowdowns - please call in, you’re on mute, can you not see it, let me get a better angle, let me put the phone down, is anyone there (oh Delaware)? Dozens of pixels later, our job is done… for now.

Rewind and reset, but the tape got a little jammed. I have found friends and family, or at least a couple of them. Look, but don’t touch. Celebrate, but don’t love. Nourish, but don’t heal. Carry a big stick on your shoulders. When it gets too quiet, make sure people can hear the impact. 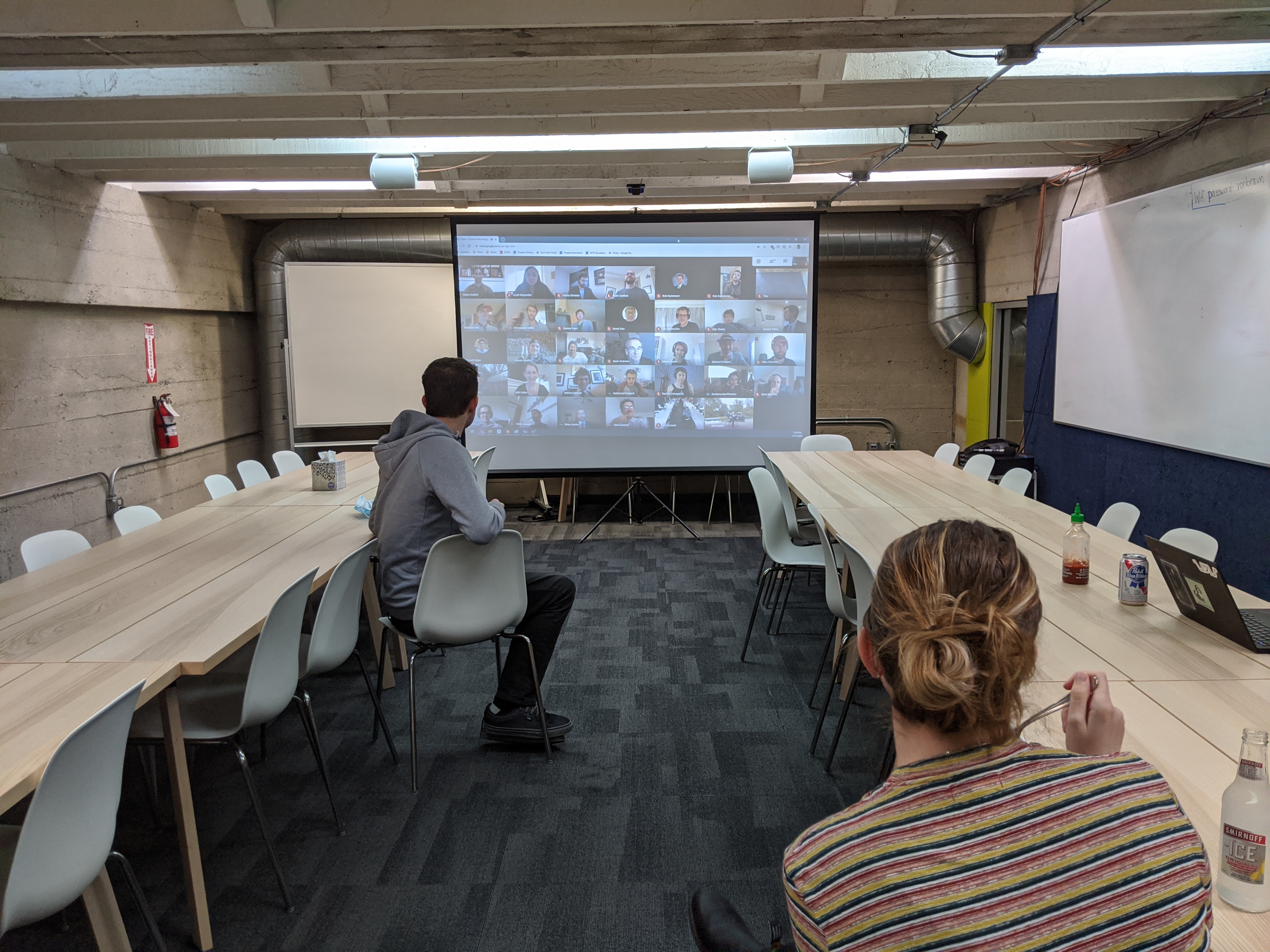 I can’t even pretend to be literate about how awful it was. I want to eradicate my last post - caricatures? I didn’t even know the meaning of that word. A caricature is binging six feet apart from a couple of your friends, while the rest wish they could be there instead of their homes. They don’t know how much worse this is. It is distressingly next to normal, adjacent to reality. Truly, a bizarre contract we all signed up. It is the thirty second day and I’ve only blown up a few times.

Every day I wake up and read how many more people died yesterday. They paint terrible pictures. So many zeros fill up the page. What’s the point in graphing something that’s off the chart anyways?

By 3pm I have hope that it’ll all be OK again soon. Maybe even next week! This is not just my problem, this is our problem. Not my city, not my state, not my country, but our world. We are doing everything we can to figure this out. Stories of true heroism and nobility come out, the likes I haven’t seen since I was in 3rd grade. It’s a bad picture, but there is some color creeping in.

Every night I read about how many people died today. The ink fades. It’s really easy to mess things up. Asymmetry is frustrating.

In the grand scheme, no time has passed at all. I am not sure why this is so hard, if I’m being honest. It’s the thirty sixth day and no one is doing well.