This is the review one - only looking backwards for now. Same style as last year: start with the summary then explain it.

I had some goals from last year, or at least the January version of me did. Let’s see how what they were1 and how I did.

This one was waaay harder than I thought. My friend and I drafted up a solid dozen ish songs between us (over maybe 20 drafts) and we really only have one original locked down and it’s totally their’s2. What I found out was that:

I’m not saying this one was a “fail”, I’m just saying that we’re still working on it. Nothing was wasted here, so I’m happy.

Hell. fucking. yeah. Checked the shit out of that. Not stopping either. Do this.

There was one concert where I missed the opener and I distinctly remember feeling bad about that. It was for logistical reasons (tough to get out of work that day and over to Berkeley). Otherwise, we had a pretty damn solid track record: 96%. Looking back, I remember the opener as much as I remember the headliner. Actually, more - I skipped the headliner two or three times this year because I was only there for the opener, oops.

Dedicated readers may expect this to be a complete fail, but I’m actually thrilled on this one. I wrote a lot of deep technical content this year, it was just on our internal work wiki (Confluence), not my blog. While it’s unfortunate that I couldn’t post them here, I am proud of myself for committing to this. Technical documentation is a passion of mine, and I received quite a bit of wonderful feedback from others about my writing this year. Some great topics I got to learn and write about:

Same as above, with one exception. I did push one personal tech project out: FPGA Pin Trends. I pushed out a ludicrous amount of stuff at work which I’m proud of. I am slightly disappointed that I couldn’t make more personal technical projects, but looking back, I’m not sure where that time would’ve come from! That balance is addressed later.

Tough to say, at least that’s what I thought originally. How do you really know if you have good social relationships? Well… it’s pretty easy actually. You have friends and you support them. You start bands with them. You try and see them even when you don’t work together anymore. You travel halfway across the world to get a beer. You go to their concerts. You realize it’s not the frequency but the magnitude. You feel blessed.

Anyone who publishes lists in December is a fool. You just dropped 1/12-th the year out of consideration. I know most people are saturated on these by now, but hey, you’re here on this site so what do you expect? Some arbitrary lists for the last year:

Favorite things I read this year

If you lived in a different part of the world, if you were too young or too old to be there, if perhaps you weren’t even born yet, never let anyone tell you that you missed out or that you couldn’t possibly understand what it was like.

Staple a flyer to a telephone pole for a basement show in Poughkeepsie, Kokomo, or Las Cruces, and you’re treading in the footsteps of Operation Ivy, Crimpshrine, and generations of bands, poets, and troubadours who came before and since. Sing a song, write a book, upload a video that tells the story of what it means to be you, and only the calendar will divide your efforts from ours.

When you beat a drum, you create NOW, when silence becomes a sound so enormous and alive it feels like you’re breathing in the clouds and the sky, and your heart is in the rain and the thunder.

Favorite entertainment I watched this year

I am really not that great at this category, but some quick thoughts (order arbitrary). I definitely recommend all of these, just not with enough confidence (or samples) to say they are “the best” of anything:

Favorite games I played this year

Favorite concerts I attended this year

Smoking Popes, Direct Hit!, Get Married at Bottom of the Hill on February 23

I wish I took a picture, but truth be told, you couldn’t capture it. Direct Hit! is the best punk band alive. I dragged out like … 15 or so people? to this show, and most brought another one with them. This was the first real rock-n-roll show for people, and I was an eager conductor. Direct Hit! didn’t think anyone would really know them, and that’s probably a fair assumption. But after 5 or 6 beers in a casual, professional pre-game, I was not allowing that assumption to come true.

First: an ear-bleeding, throat scratching FUCK YOU as they tuned.

Second: Our group’s GET PUMPED roar, a call and response classic known to the ages.

Third: Everyone is now home and the show is about to start.

The rest is a jubilatory blur.

I did something dumb and my head was kind of messed up and I didn’t really want to be here anymore and I looked up and I saw all my heroes in the crowd and I thought I was dreaming and it turns out they’re normal people too and I realized that when you write a lot of songs about screwing up you have a lot of experience screwing up and when they can still be here having a good time after all that I mean I guess I can too right?

Same as last year - no pattern here, just the photos that vividly captured moments for me. Not chronological, not ranked, just captured. 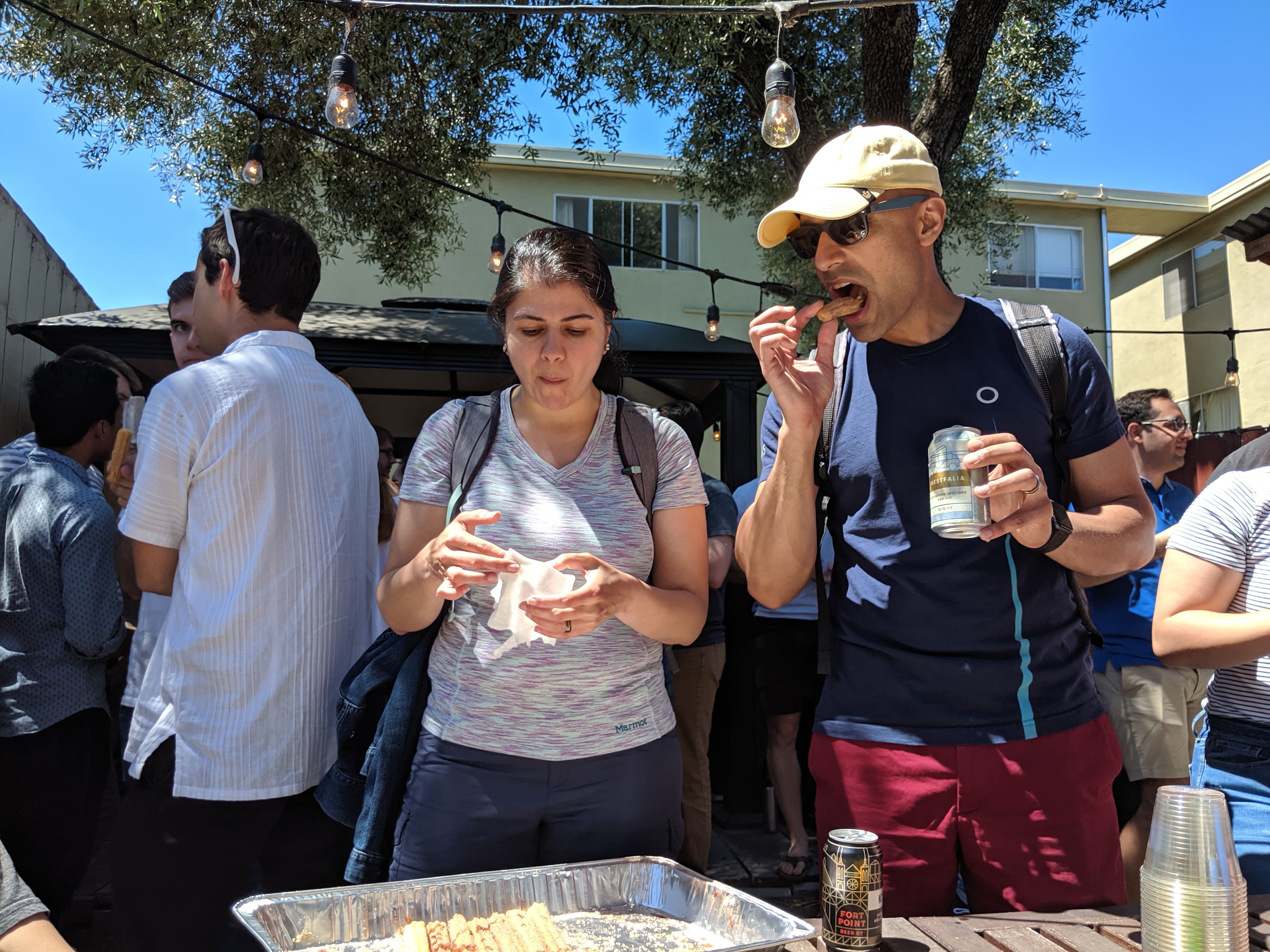 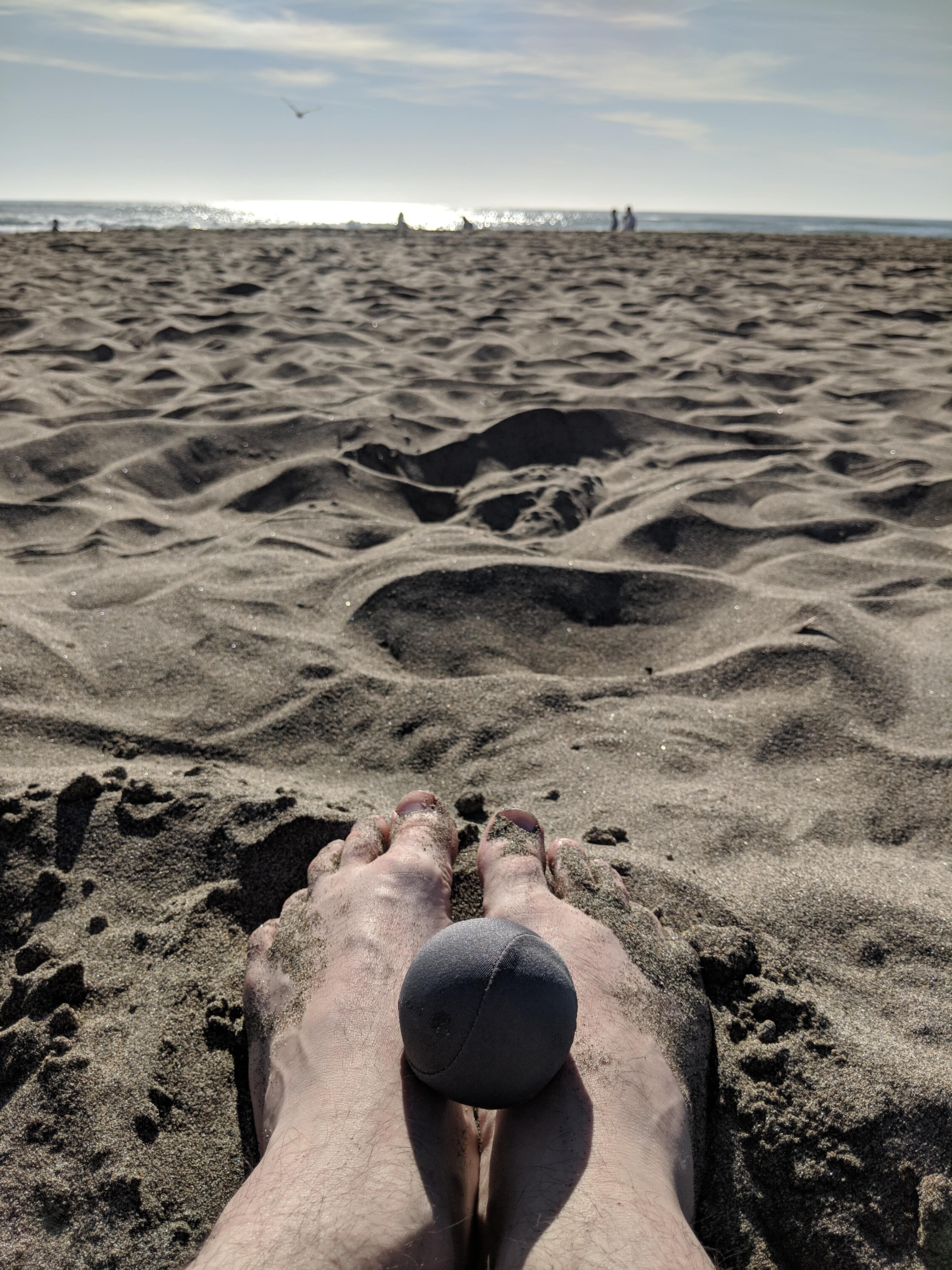 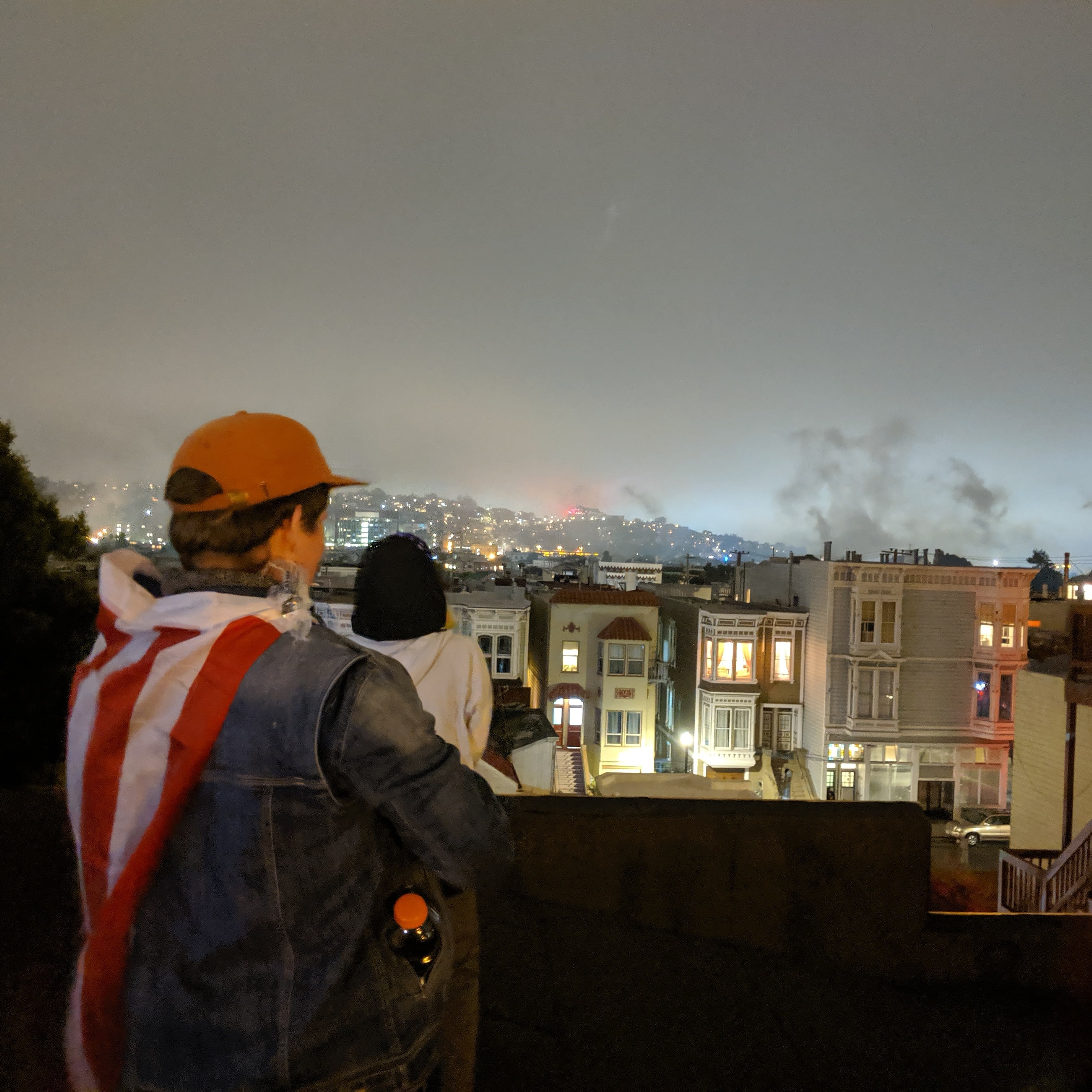 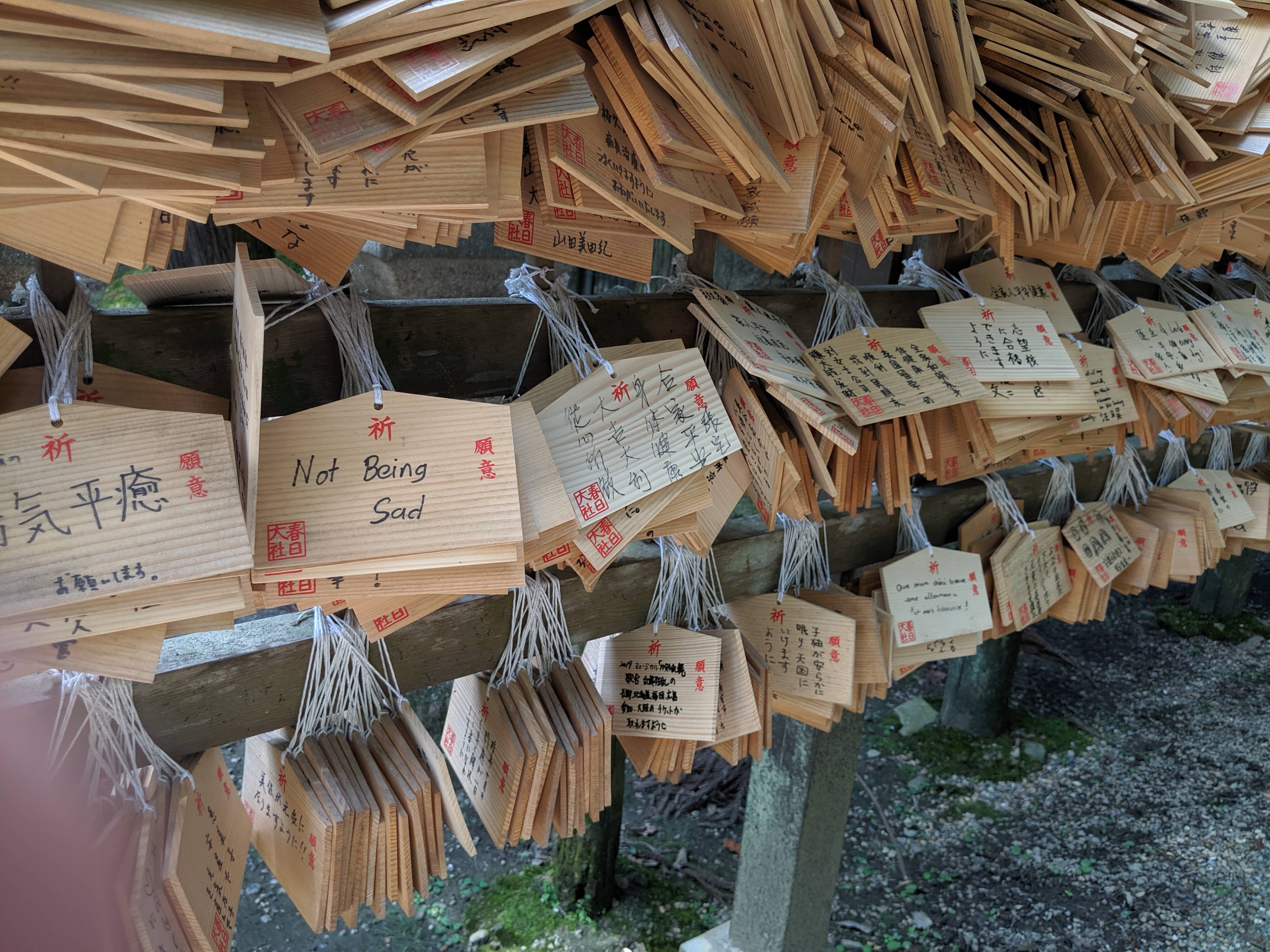 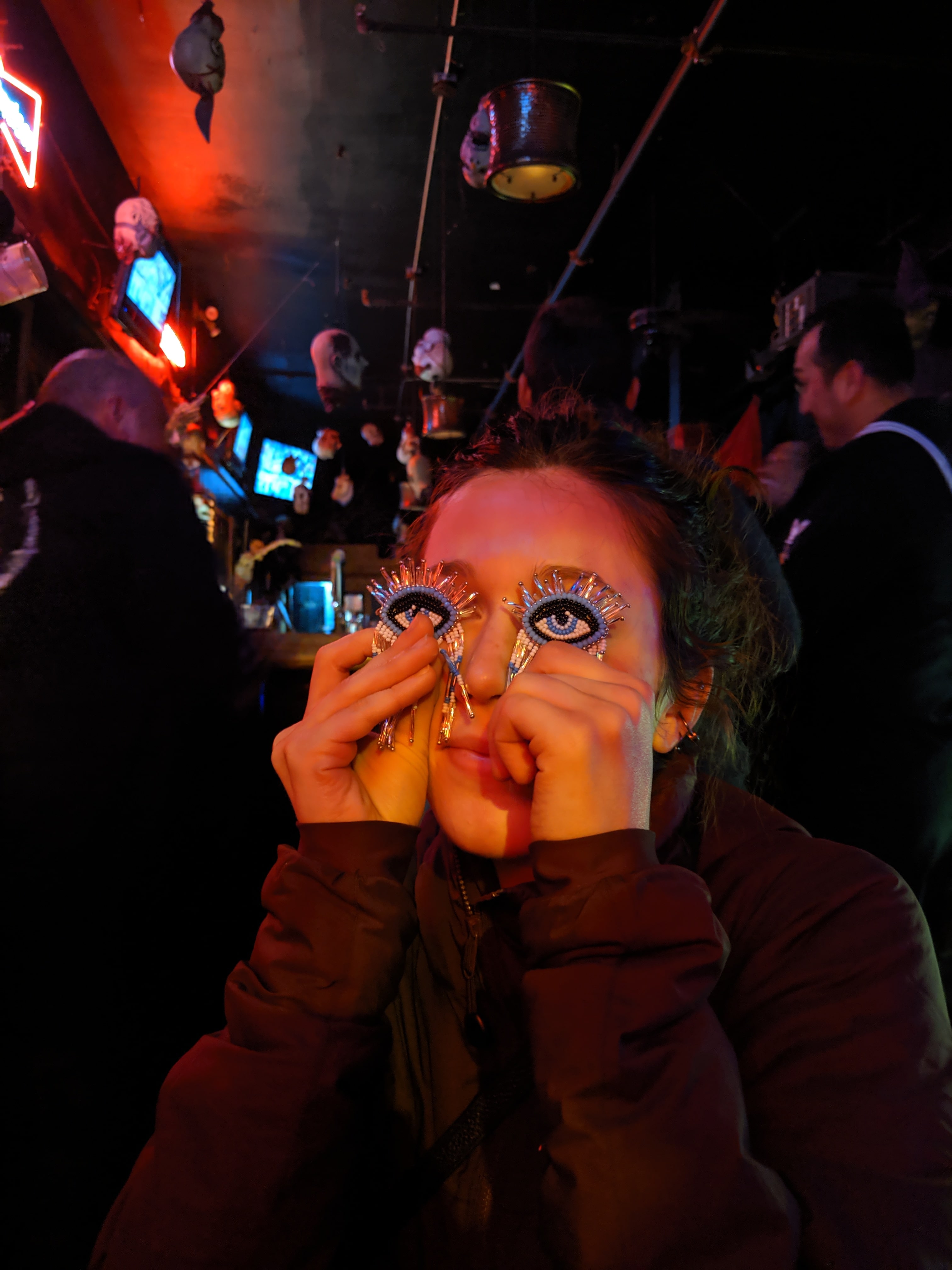 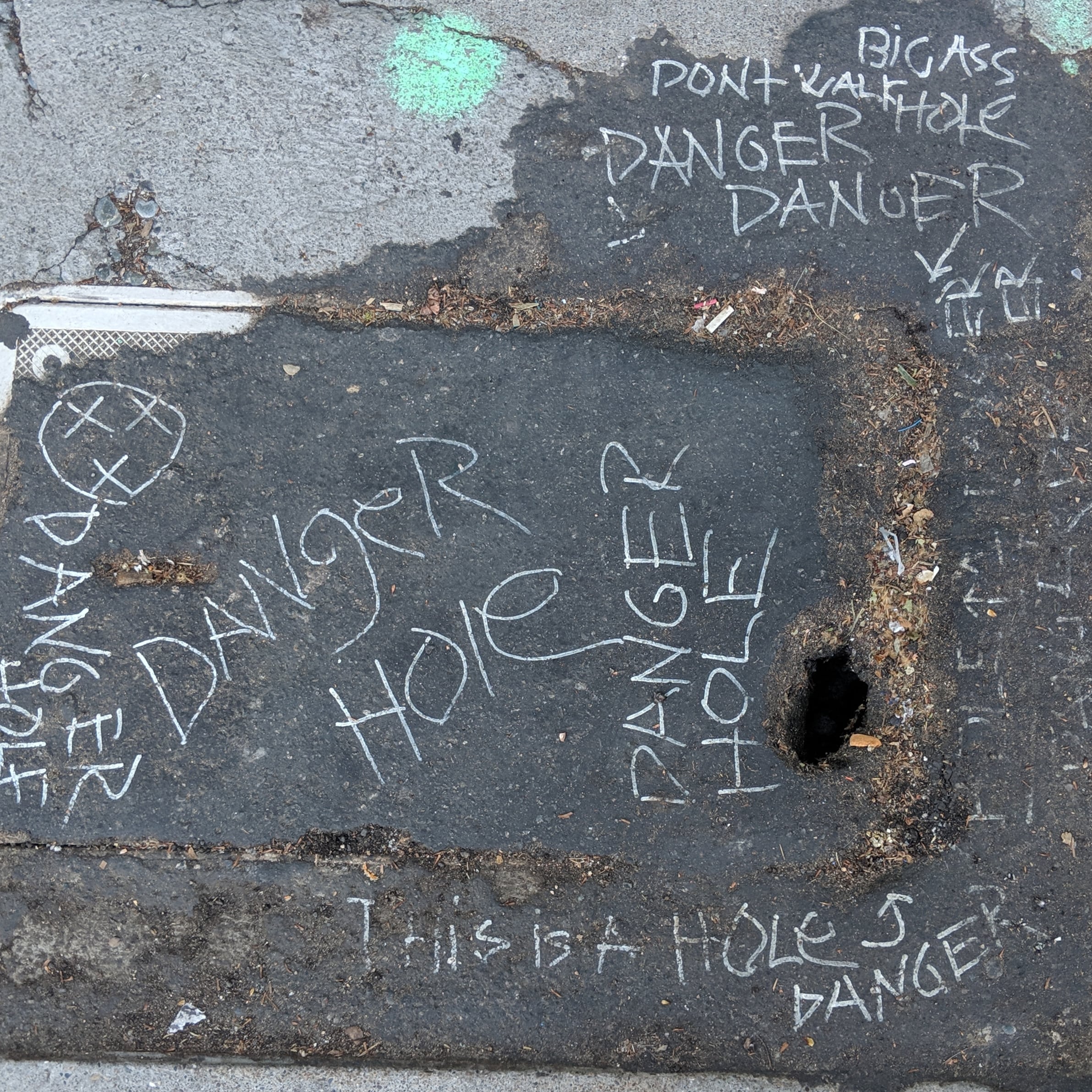 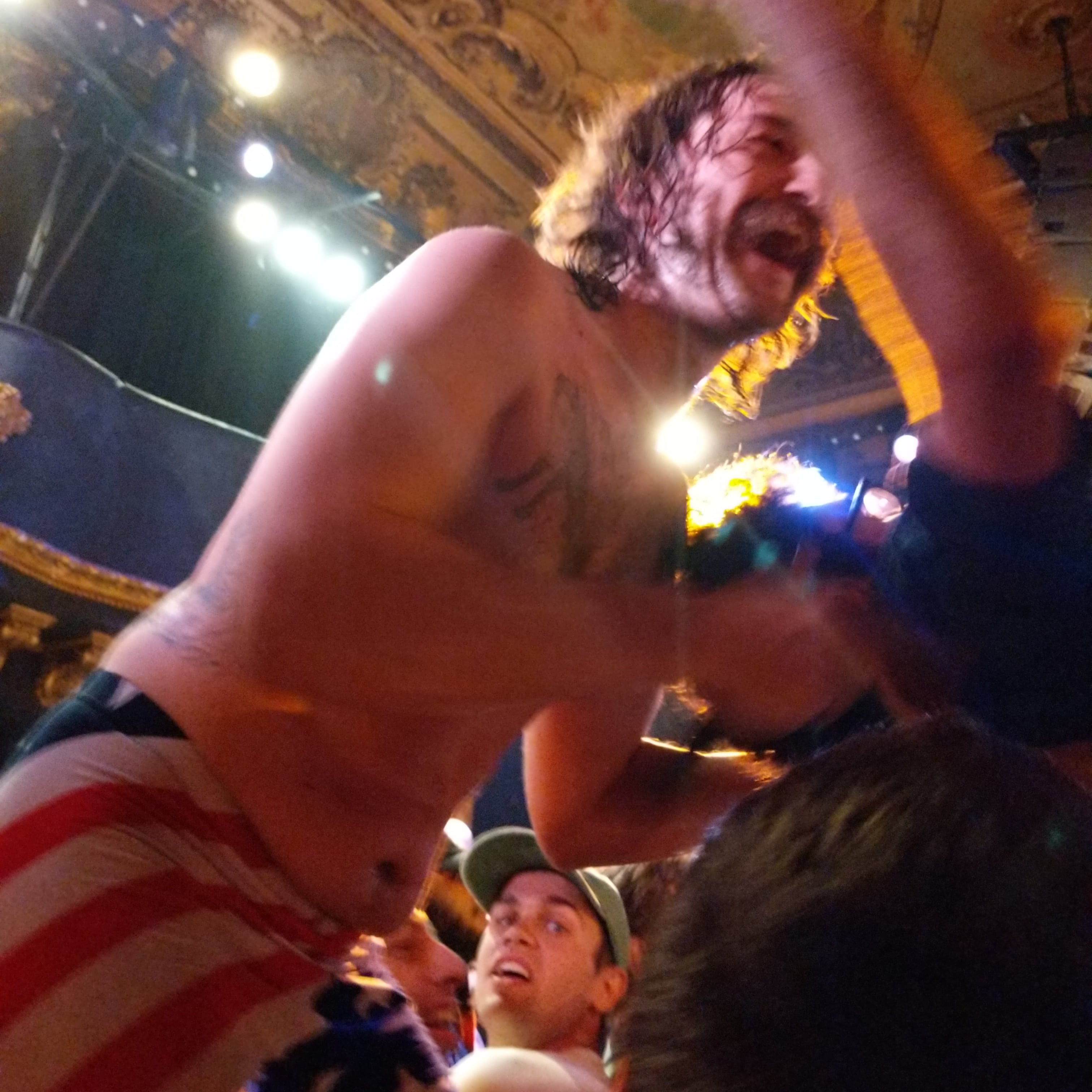 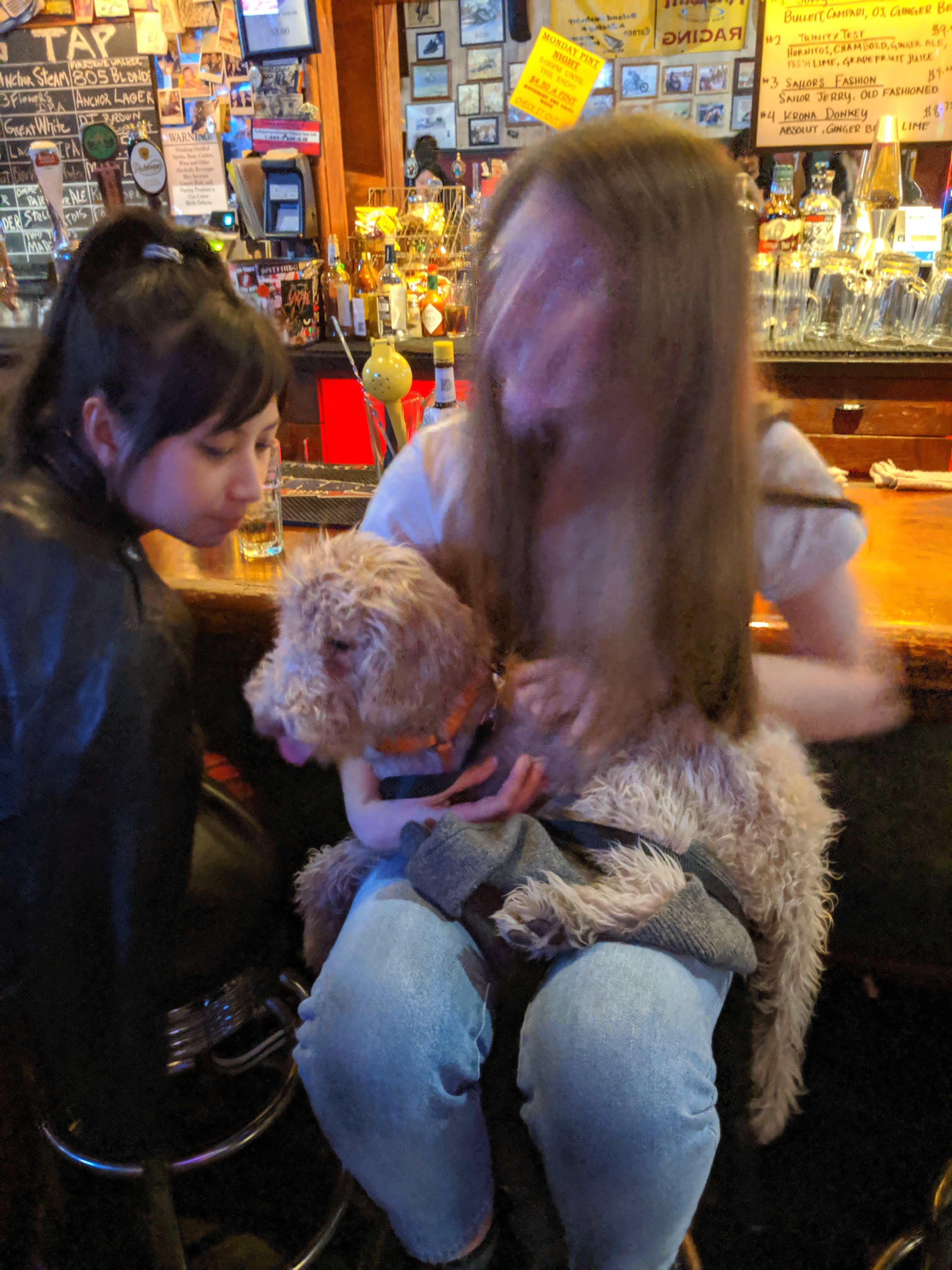 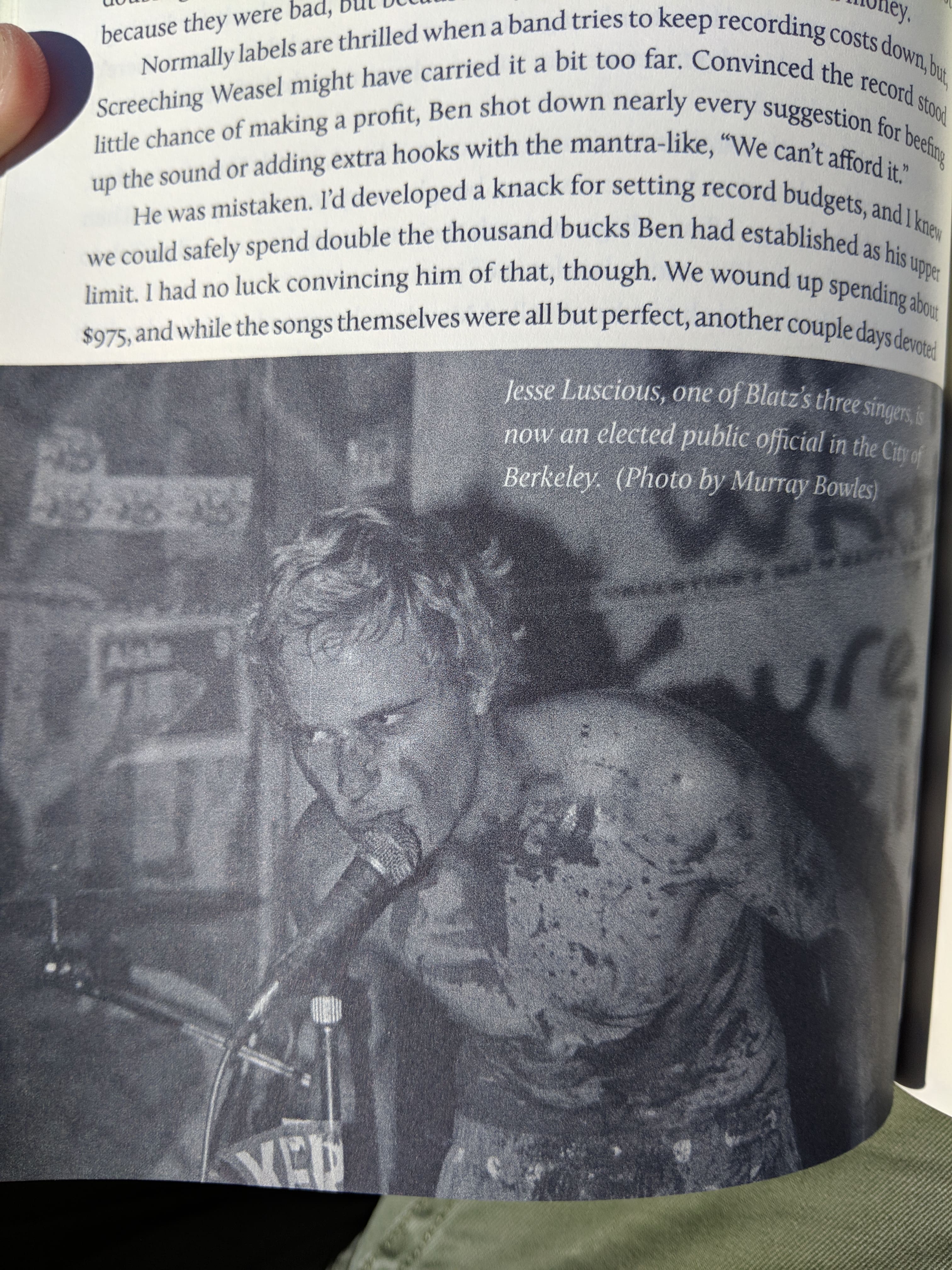 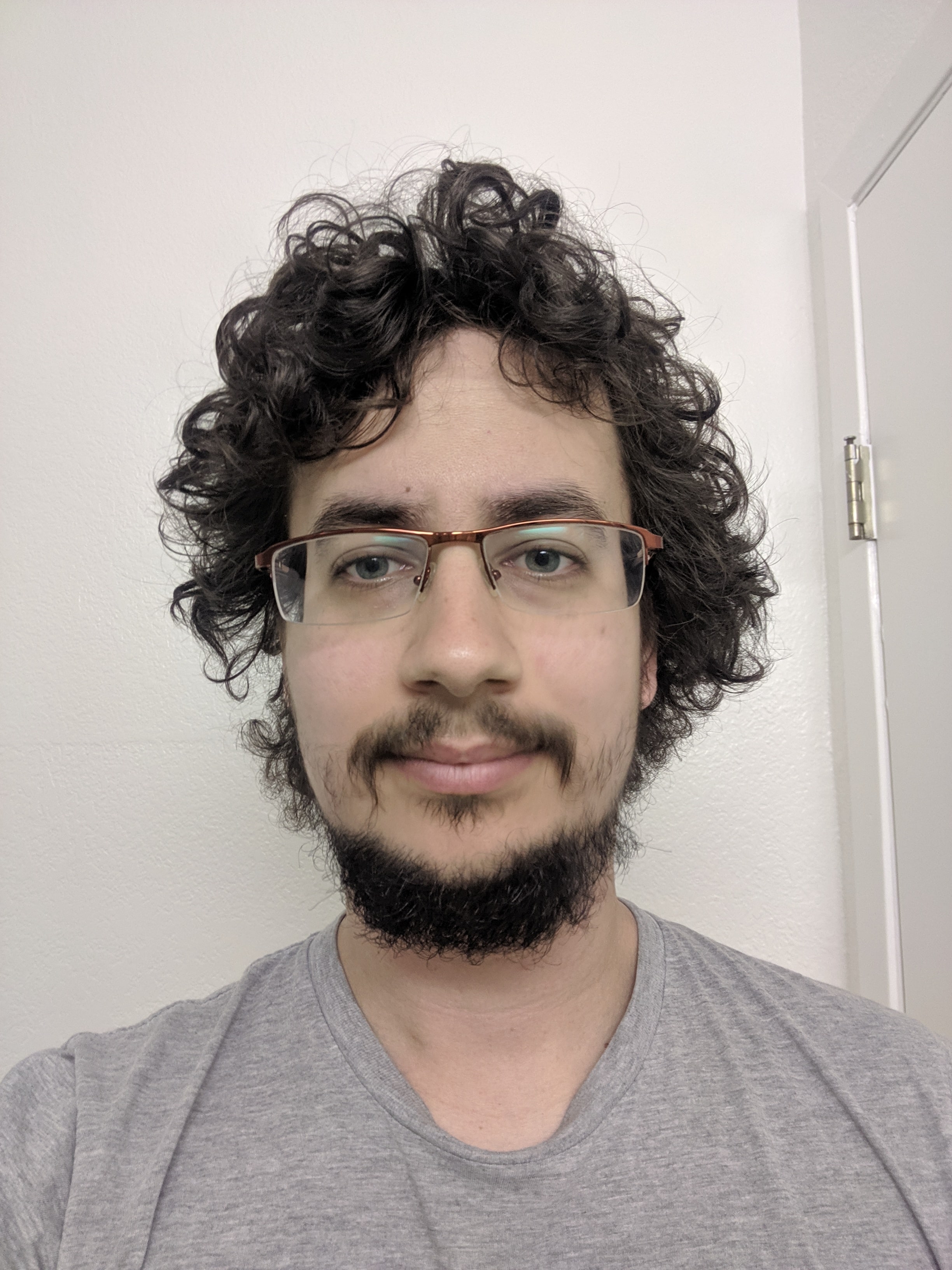 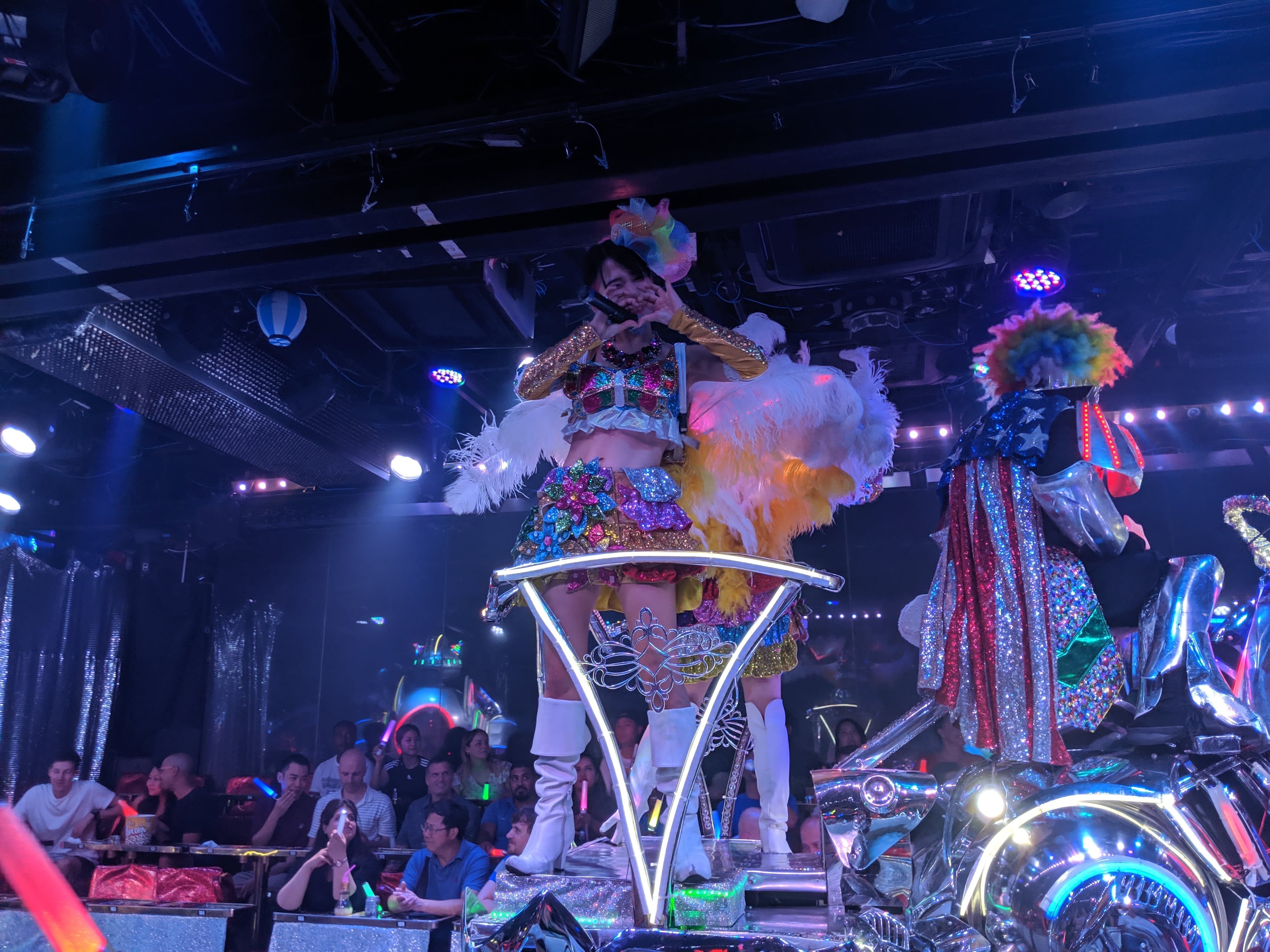 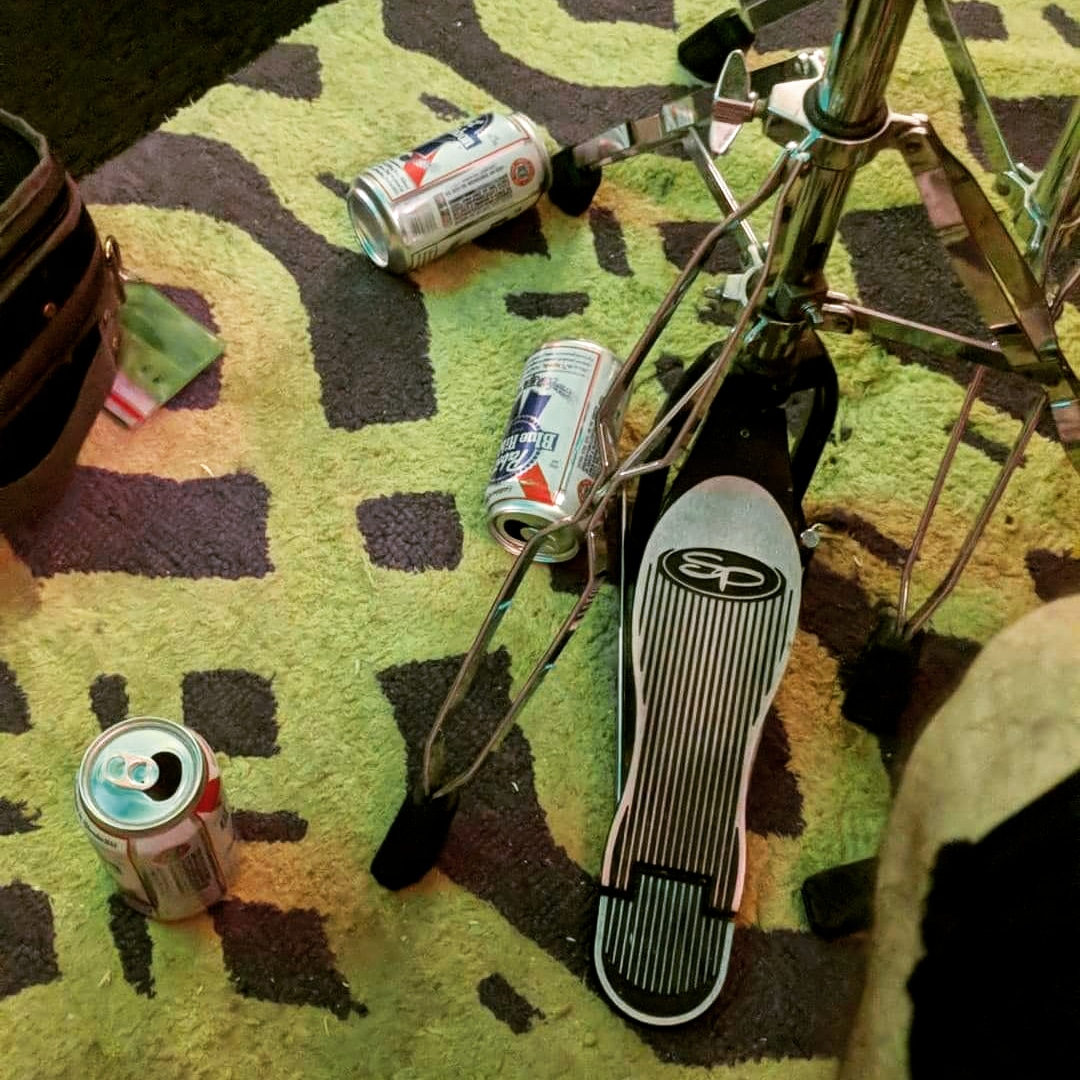 Some other major stuff happened in my life. They’re probably enough for a full on blog post individually, but I wanted to log them as 2019 thoughts and posting in 2020 seems unfair! Reflections can’t be patient! They have to be now!

The first thing that changed in my life this year was I got a new apartment with new roommates. I justified a lot of reasons to live in the previous place I did (location, price, size, etc) but honestly, it was awful. The people living there were the stuff of nightmares. It was comical for two weeks, but after that the “Punchy Alcoholic Meets The Coked Up Architect Of Market Street” bit got real old. 12 months of that was idiotic. I had a friend over once and he kind of stared at me in disbelief as lucky him: he was a humble member of the audience for another classic round of “We Should Break Up The Engagement But Let’s Stress Test The Bed First”.

I prioritize few expensive things in my life3, but the classic advice of “spend money on things that separate you from the ground"4 holds true. Unfortunately I discovered the slow, painful way that comfortable shoes won’t make you want to open your home door. A nice bed doesn’t mean you get to sleep. A lovely couch can in fact be too large if you’re afraid to share it. I have a new place now – well, no, now it’s my place and nearly old. My roommates aren’t just peaceful, they’re supportive and joyous. I wish I spent more time with them!

But I don’t. I barely saw them this year. I think I legitimately went two weeks without ever seeing them once, and we all lived in the same apartment. What was I doing? Working. Working. Working. I don’t need to rehash those old conversations, my posts from the first half of this year honestly hurt to read. I’m very, very glad I wrote them because they helped me grow as a person, but growth doesn’t come for free. February through June was just a mental blackout for me. I barely remember the nonstop hours, I just remember coming up for air. I tried to resolve to never do that again, but I already slipped up and had it happen in December again. Been here too much, I got a tolerance.

Let’s end on the high note though. I conquered one of my long, long lasting fears this year and I’m incredibly proud of it: Finance. I took the first step and brought it to light publicly with a blog post (probably one of the best ones I’ve written). I was still disgusted with everything, but at least I could look it in the eye. Now I’m not even ashamed, they’re just numbers. My numbers can’t hurt me5, I own them. I figured out budgeting and tracking and all of that business. It is so, so empowering.

Over the last 365 days, I made some pretty big sacrifices but traveled 1290 days in fast forward. Even if that doesn’t happen again, I can now promise you that this will be over by the time we talk about the 20’s.