This is the review one - only looking in the past here. Forward thoughts come next time. If you’re just here for the fun stats rollup and then moving on, well, here ya go:

* extrapolated. I had data for at least 6 months but not all of it.

I want to start this off by looking back at my previous habits and seeing how I did on each of them. I’m not going to hold myself to any bar besidse curiosity here, so let’s just see what we get.

Yeah no, this one didn’t happen. It went pretty solid for the first few months, but then some work stuff happened for a month, and it just fell off right there. Goal is to get back into this, but it’s a stretch goal. Luckily, I’m not that concerned! While I did lose the guitar, I picked up an electric kit, a cajon drum, and a pair of congas. They alternate between the office and home, but I love them. We’ve had quite a few band practices and I’ve started really getting into a few songwriting moods.

Big check mark here. My Kindle is a lifesaver, such a good buy. The San Francisco Public Library (SFPL) uses two great apps: Overdrive and Libby. I have no idea if they’re the same thing or not (I think they are), but they work great at getting whatever looks good in front of my face. I went through 21 books this year for a total of 14,091 pages. The large majority of that was The Wheel of Time - a series which I still can’t decide to recommend or run away from.

Writing continues to be a far more ambitious task than I had expected. My goals were high, too high again. I maintained them through… about May or so. I just constantly found myself in one of two states:

Not easy! That said, according to wc I wrote 31,772 words this year for the blog. That is… only 60% of NaNoWriMo? What? That’s insane. Still proud of the work I did, if not the content I put out. Hey, with no editor, something is going to end up as filler. I do think the quality of my writing (both personally and professional) has improved, and that’s a great point for “content is the only way to practice”.

Ah-ha, an interesting one! This one failed due to external factors - my gym closed! How rude of them. With that ended my weightlighting routine (much to the sadness of D.A., likely) so we ended up taking a break. I didn’t want to $upgrade my gym, but there was no real obvious second choice. I asked around the office, and it seems climbing was the go-to. Huh.

Well, it turns out climbing is kind of fun. I haven’t been nearly as good about keeping up the frequency, but it’s still pretty consistent. I think I need to add some other kind of exercise in the between. Most of my workouts end up with me being unable to hold on to anything, but probably still able to do some more work. We’ll see what I spin in.

Big shoutout to my ~coworkers~ friends for getting me into this, I really do owe them.

No, I don’t know why I spelled it weeklies before, that is so dumb.

Ooooooof. This one took the biggest hit. Maybe got through… February. I basically got to the point where there wasn’t something immediately obvious to buy, so I didn’t know what to do. Additionally, if you’re massively in debt (hi, me) then maybe having a “spend money” goal isn’t the best idea. I’m very happy with all the donations I made, and would encourage everyone to be conscious of where they give money to.

No promises on this one coming back/staying around. It might just convert into a “support local bands or record labels”, which I can justify waaaay easier. Stay tuned.

Weekly was hard, but I saw so, so many new things in 2018 that this one was still easily met. It’s one of those back-of-your-mind things. When you are out walking around, what do you do? Who knows, but something new! It’s so easy to justify going just one more block and seeing what’s around the corner once you’re already out there. Definitely helped by public transit and my bike, but also my other goals.

The majority of my going out was just reading and writing. It’s simple and easy to just go find a spot and doing little more than existing, but I get bored of that pretty quickly. Also, not really a foodie, so I don’t have some crazy restaurant list. As a result, we’re mostly looking at parks and coffee shops. Pretty common milennial stuff (heh, finally succumbed), but you know what? It’s just pleasant.

Alright, now the real fun. Let’s make a bunch of arbitary lists of arbitrary length and just talk about 2018.

Favorite things I read this year:

I’m not a big TV or movies person, so here’s a double category. Favorite things I watched this year:

This list was hard to make. I played a lot of games that were OK, but not really list worthy. But here are the games I played and recommend this year:

I already made a post on my top music (see previous post) so I’m going to go ahead and go list my favorite concerts I went to this year of the 23 I got to see. Support your favorite bands people! List:

This year I took way more pictures than I normally do… way more, actually. I hate photo dumps, so I did my best to curate these to the best photos I think I took this year of the 1,894 I tookl. But also, they’re my favorite ones too. No order (preference or chronological), just ten pictures that make me smile. This is the last thing, so you can ditch whenever you want: 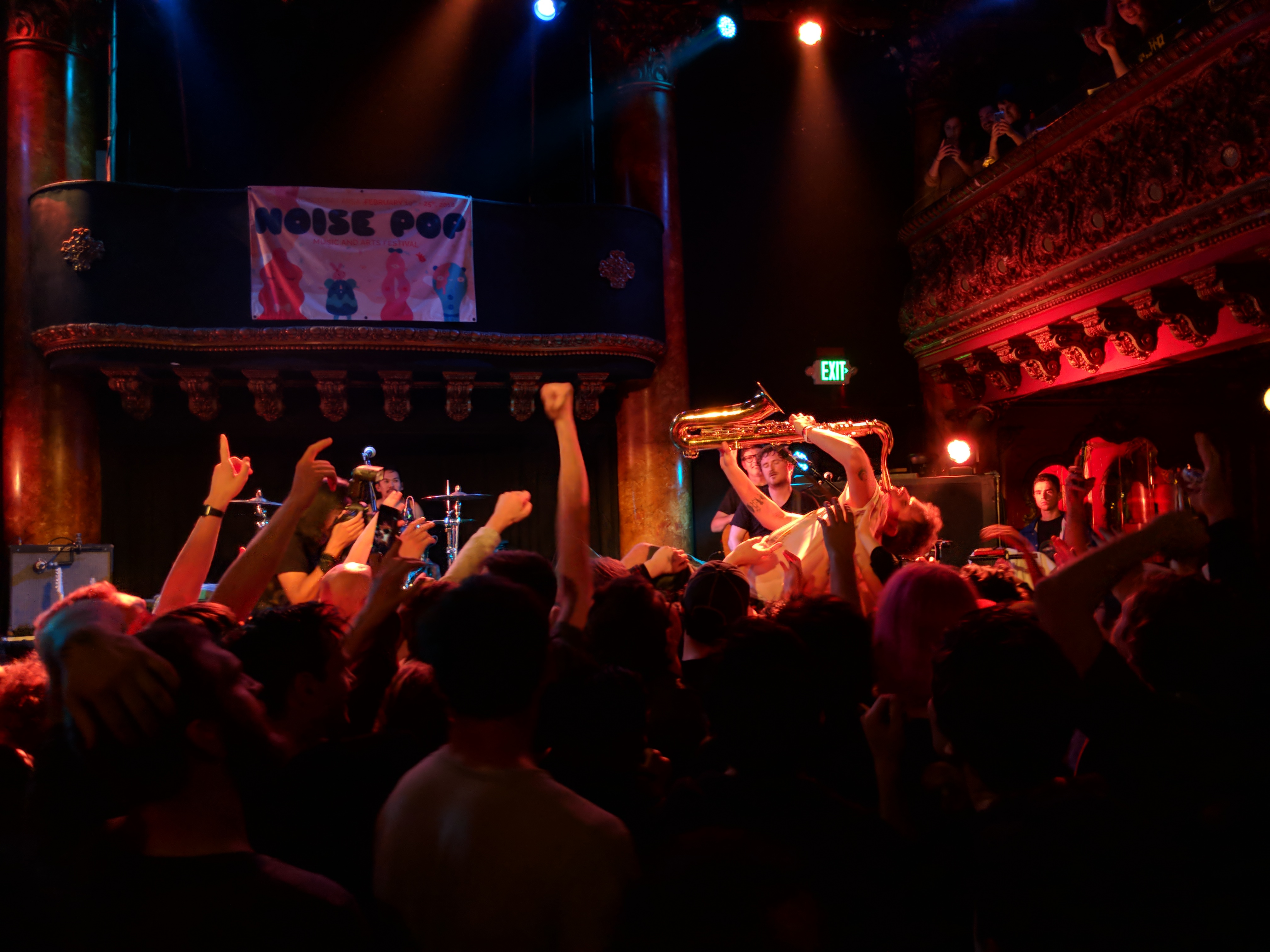 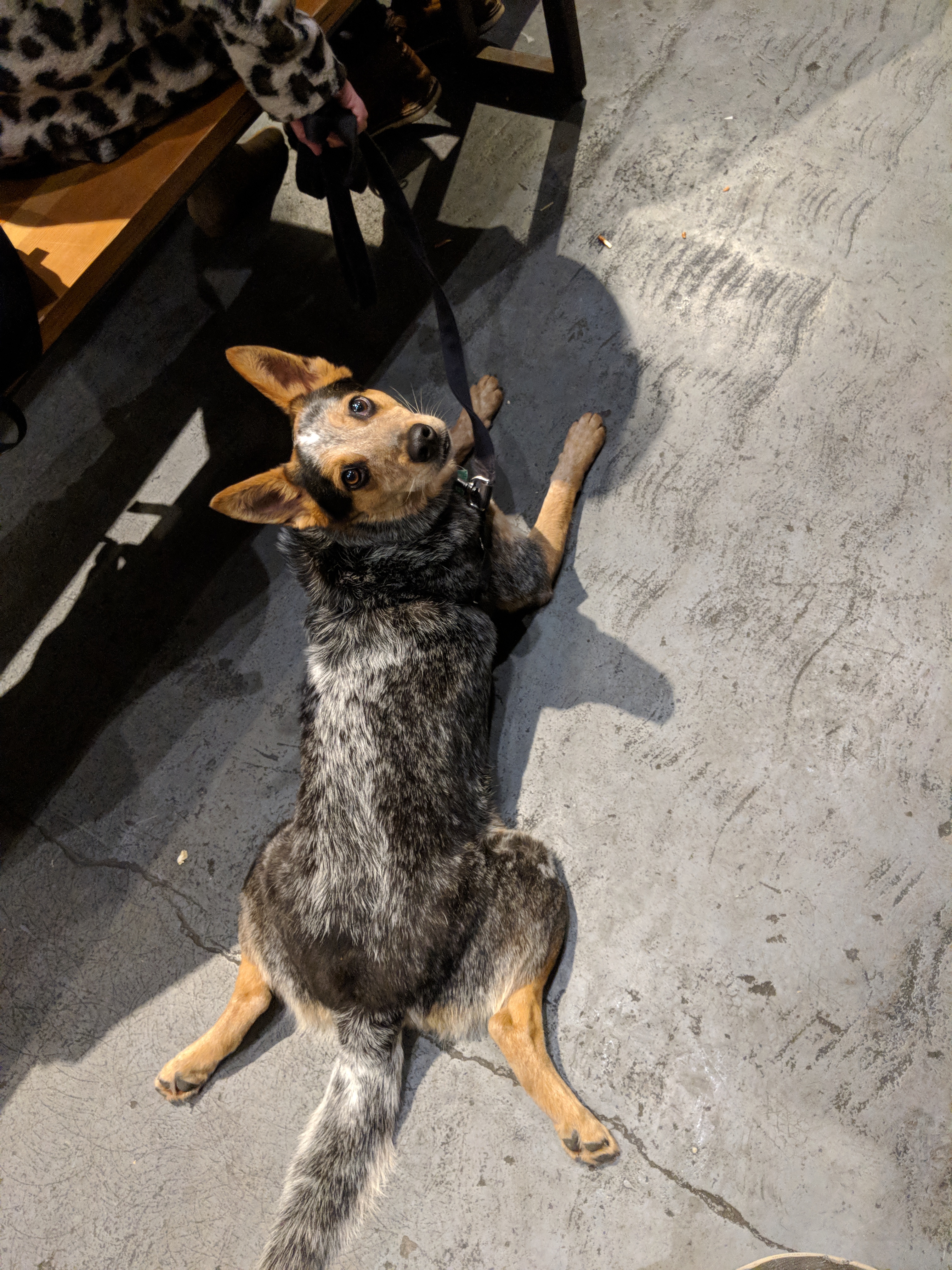 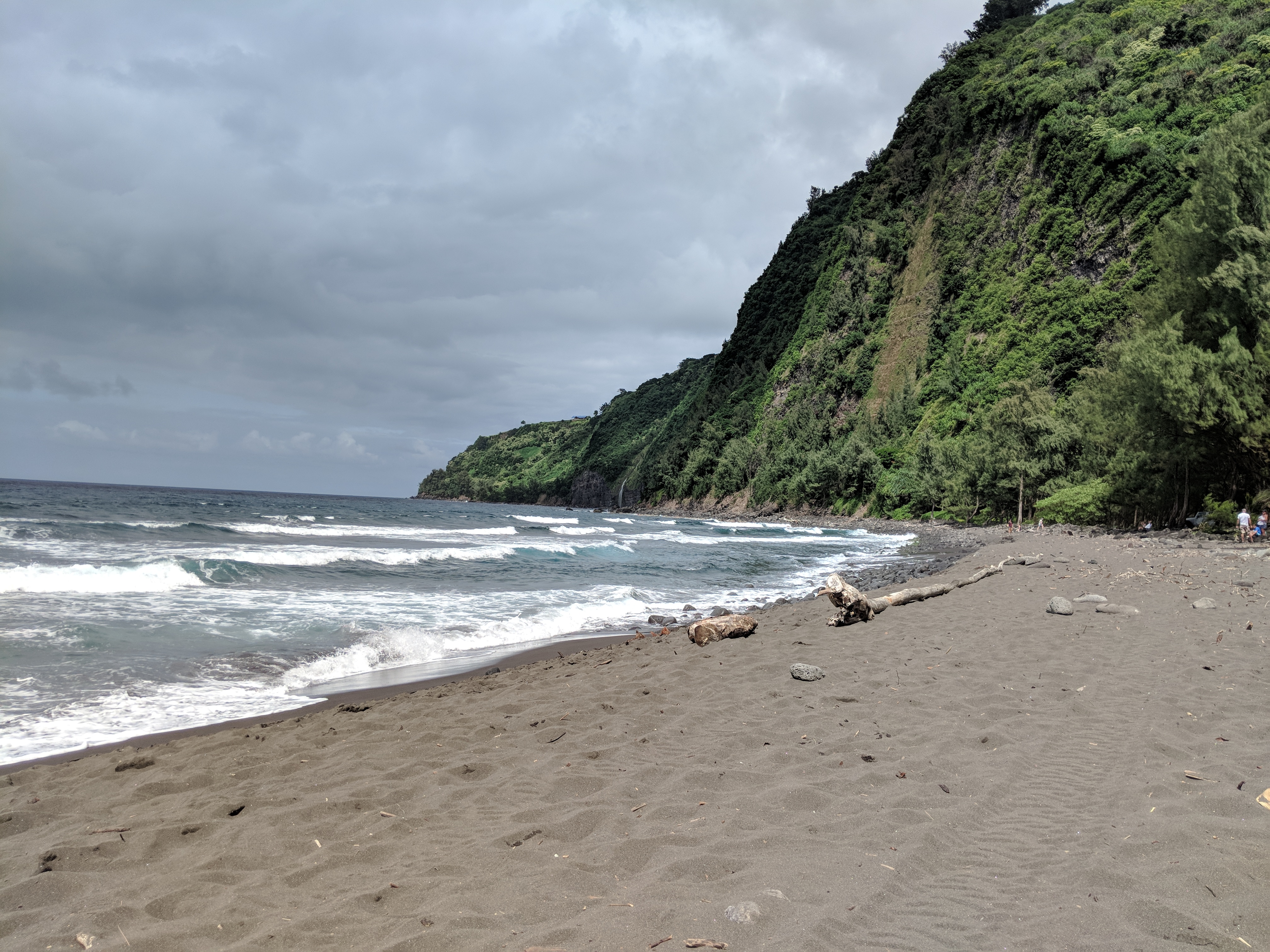 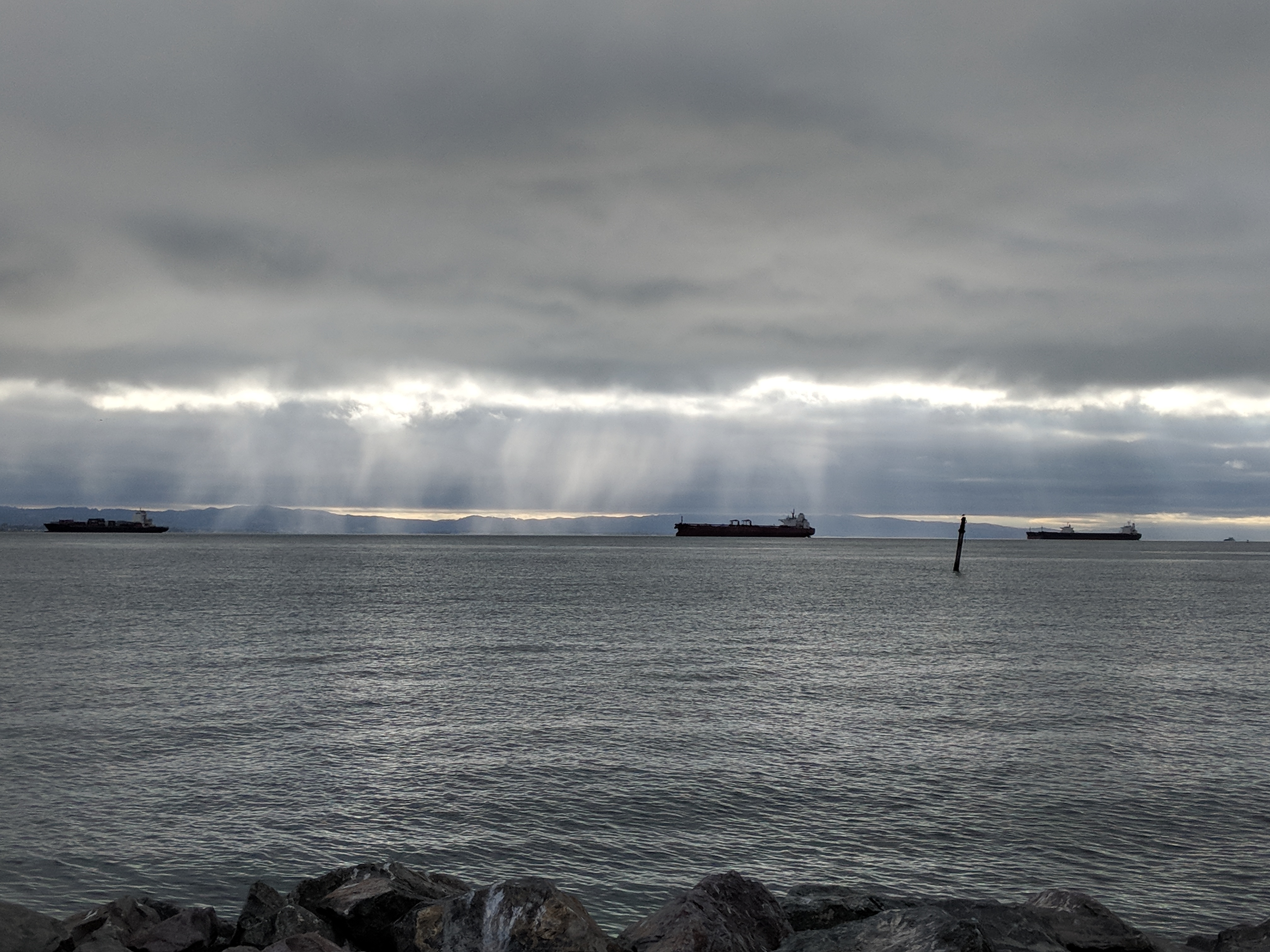 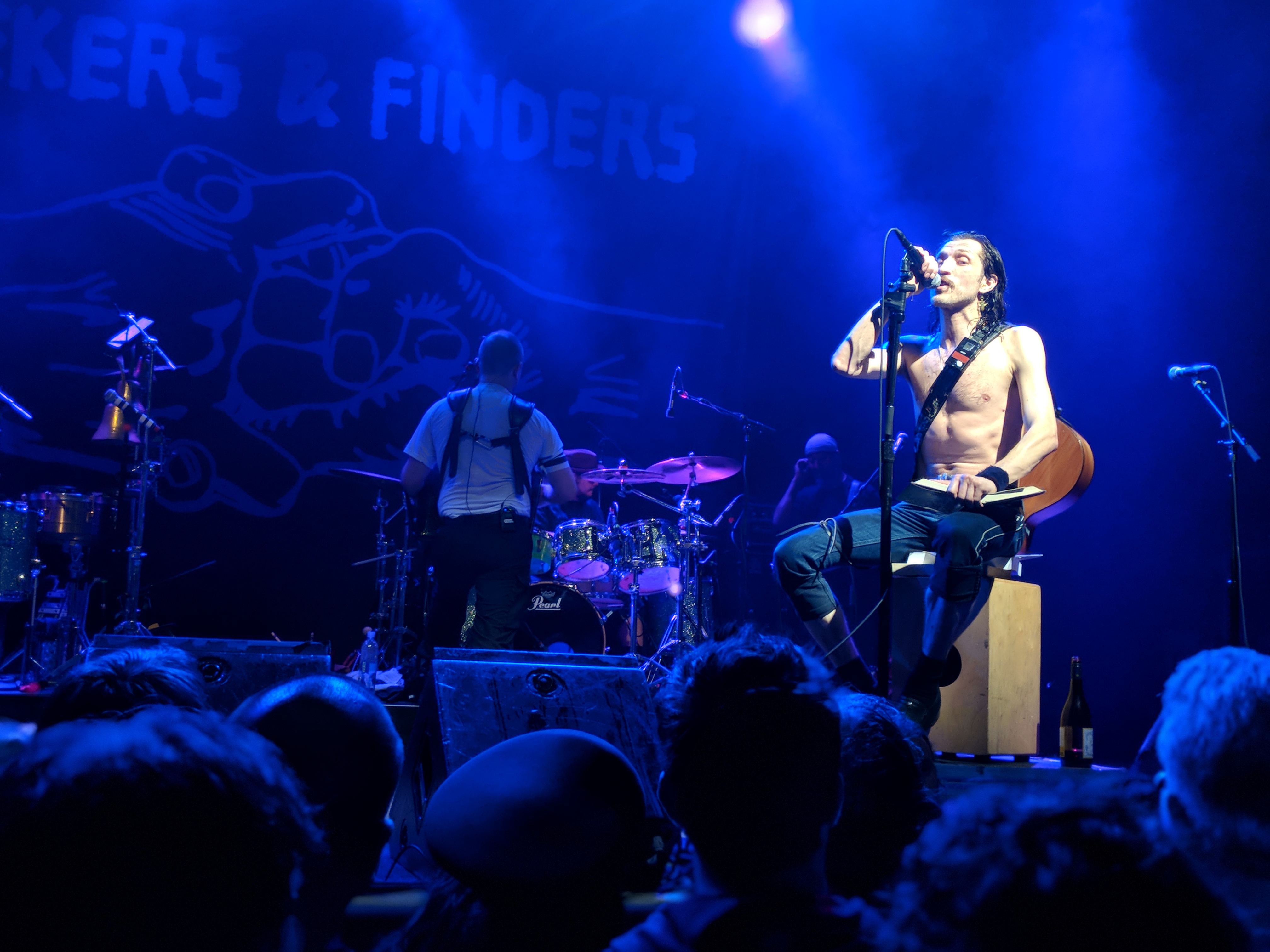 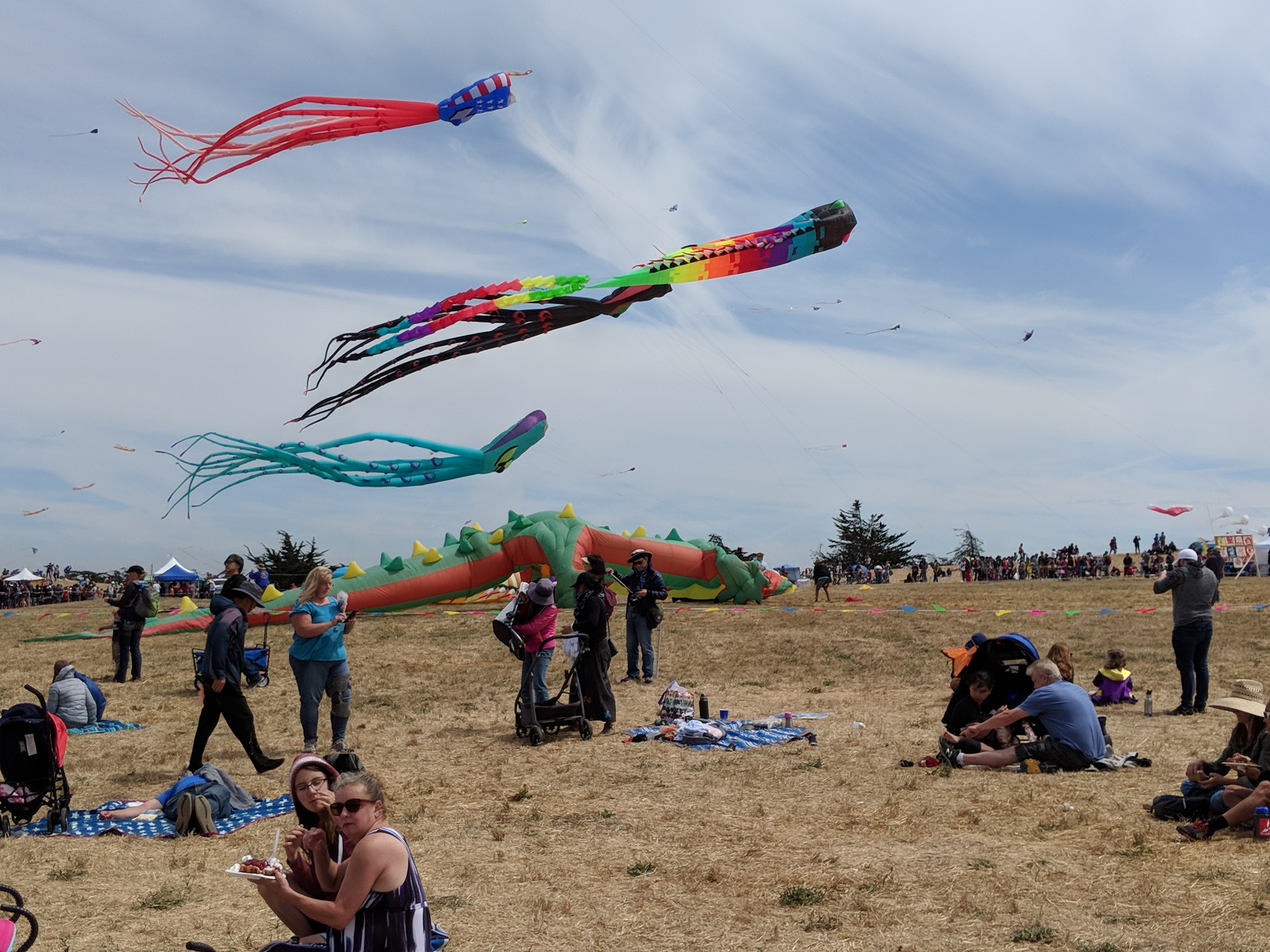 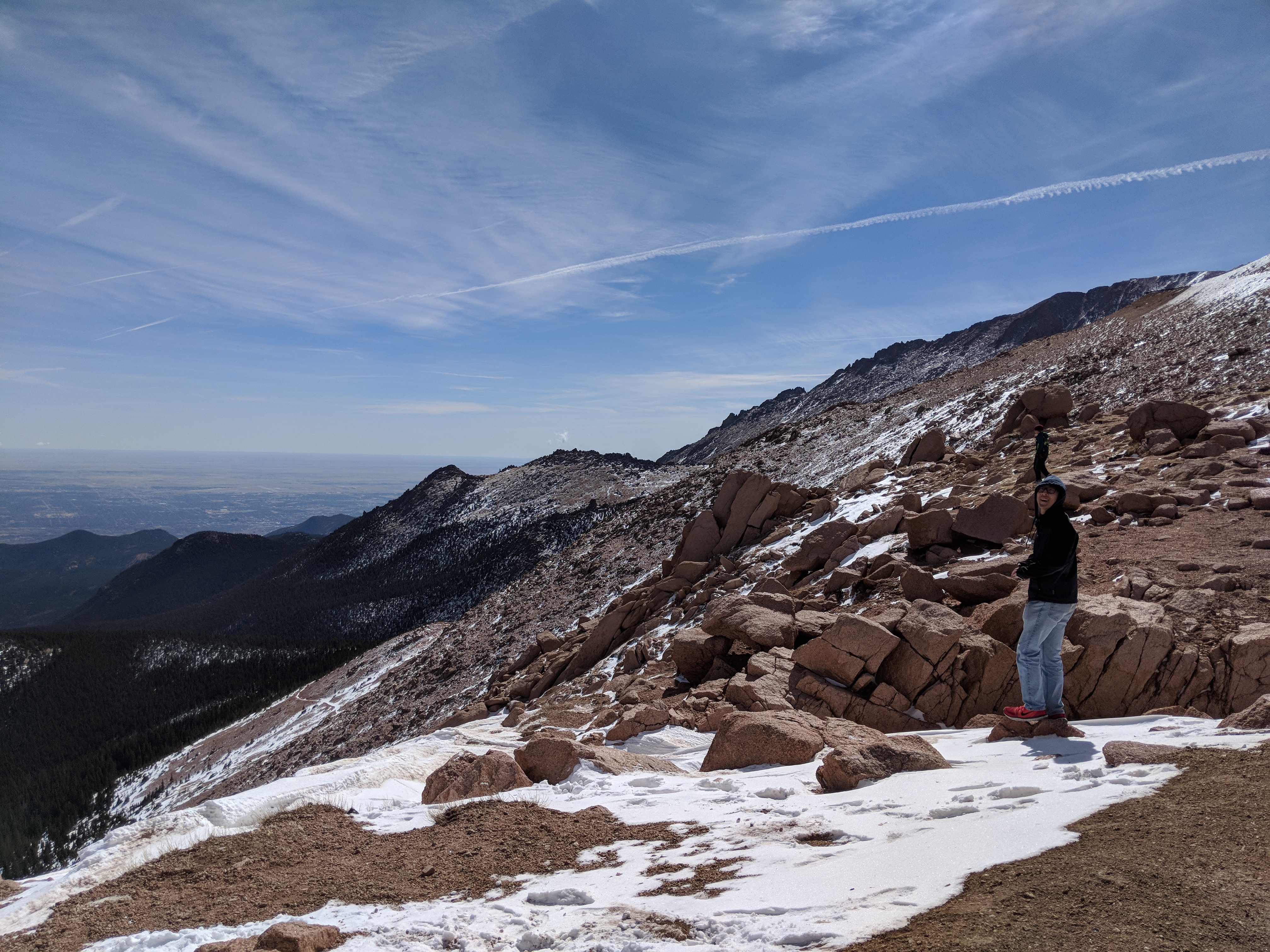 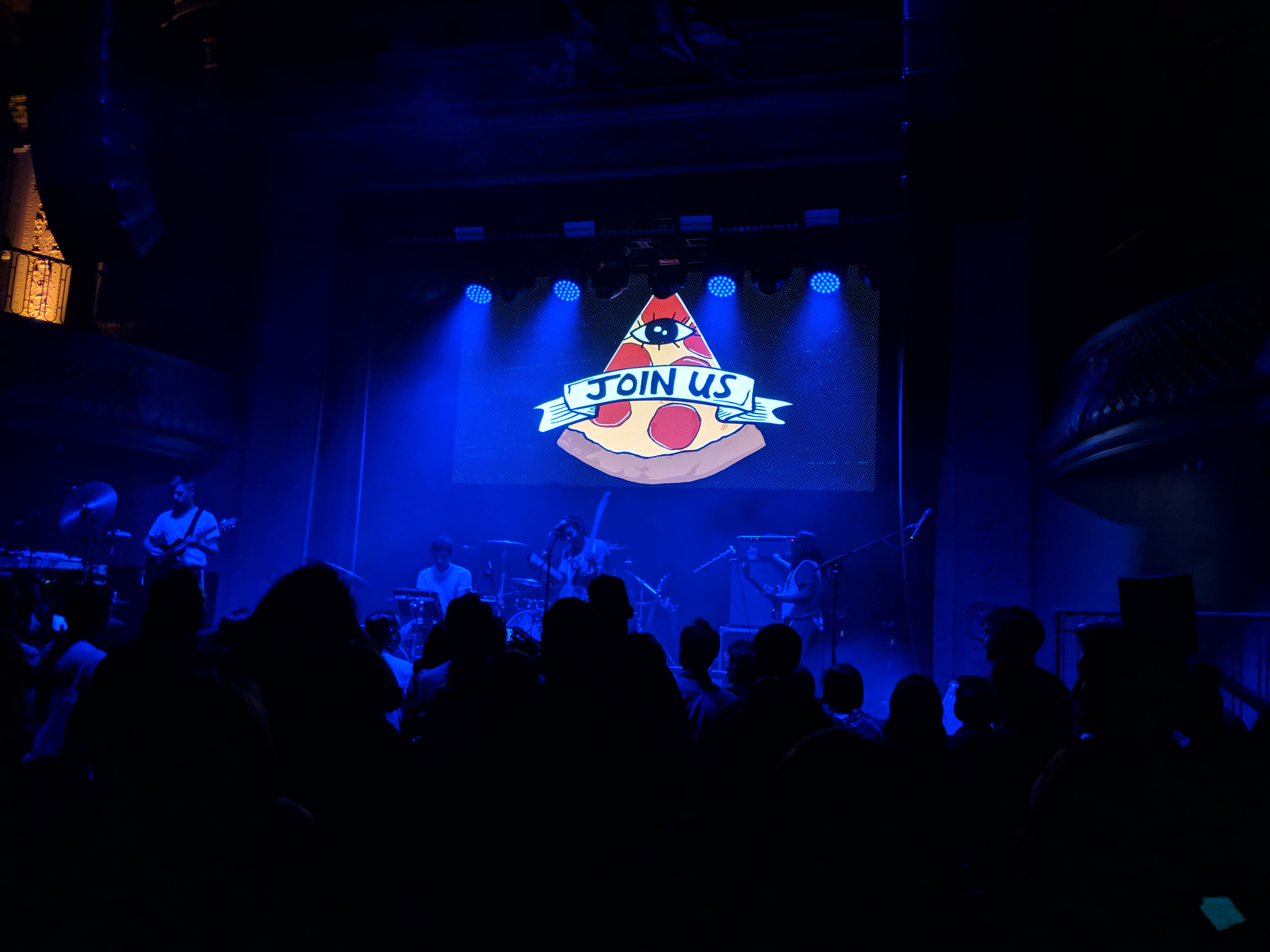 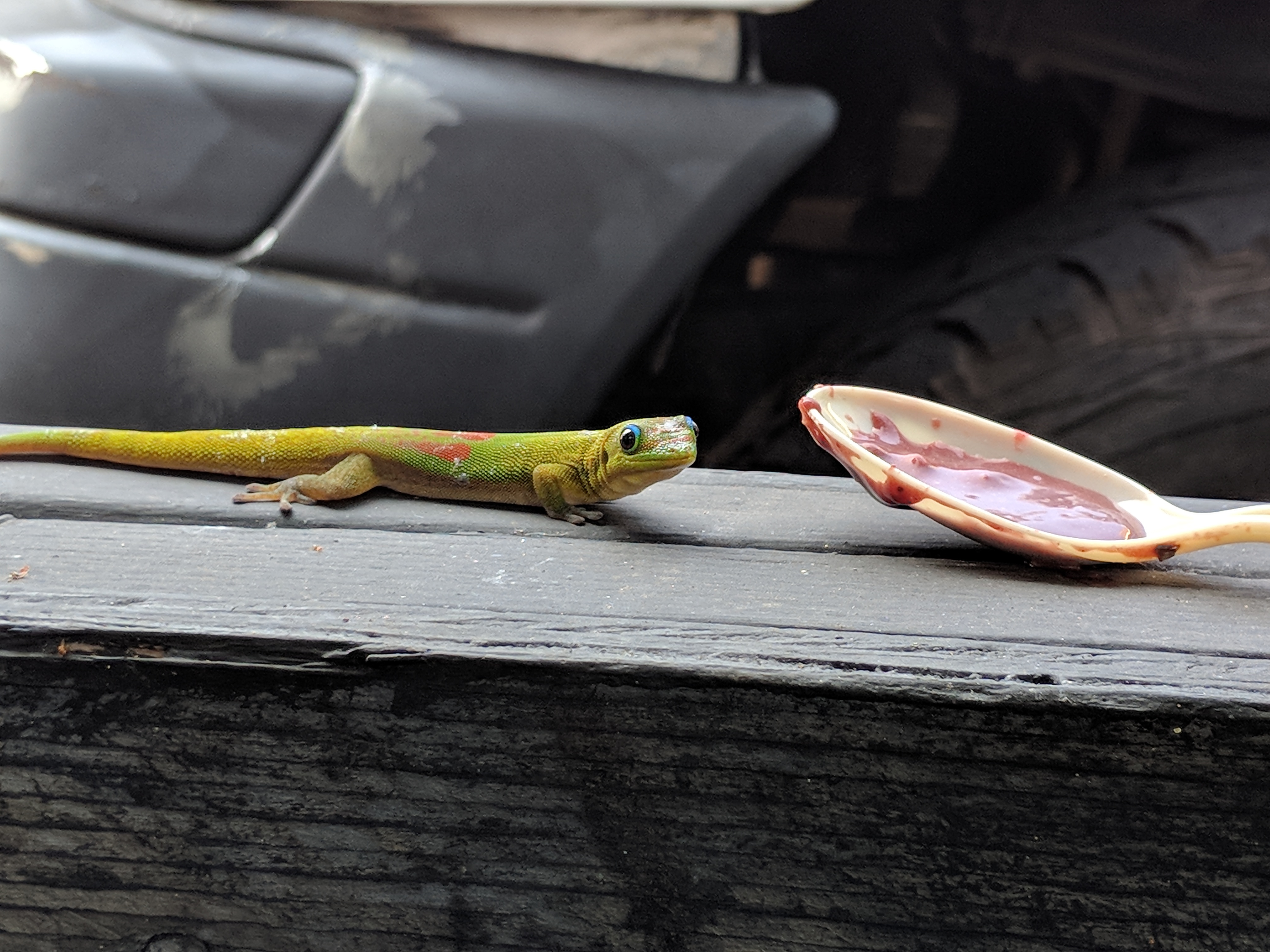 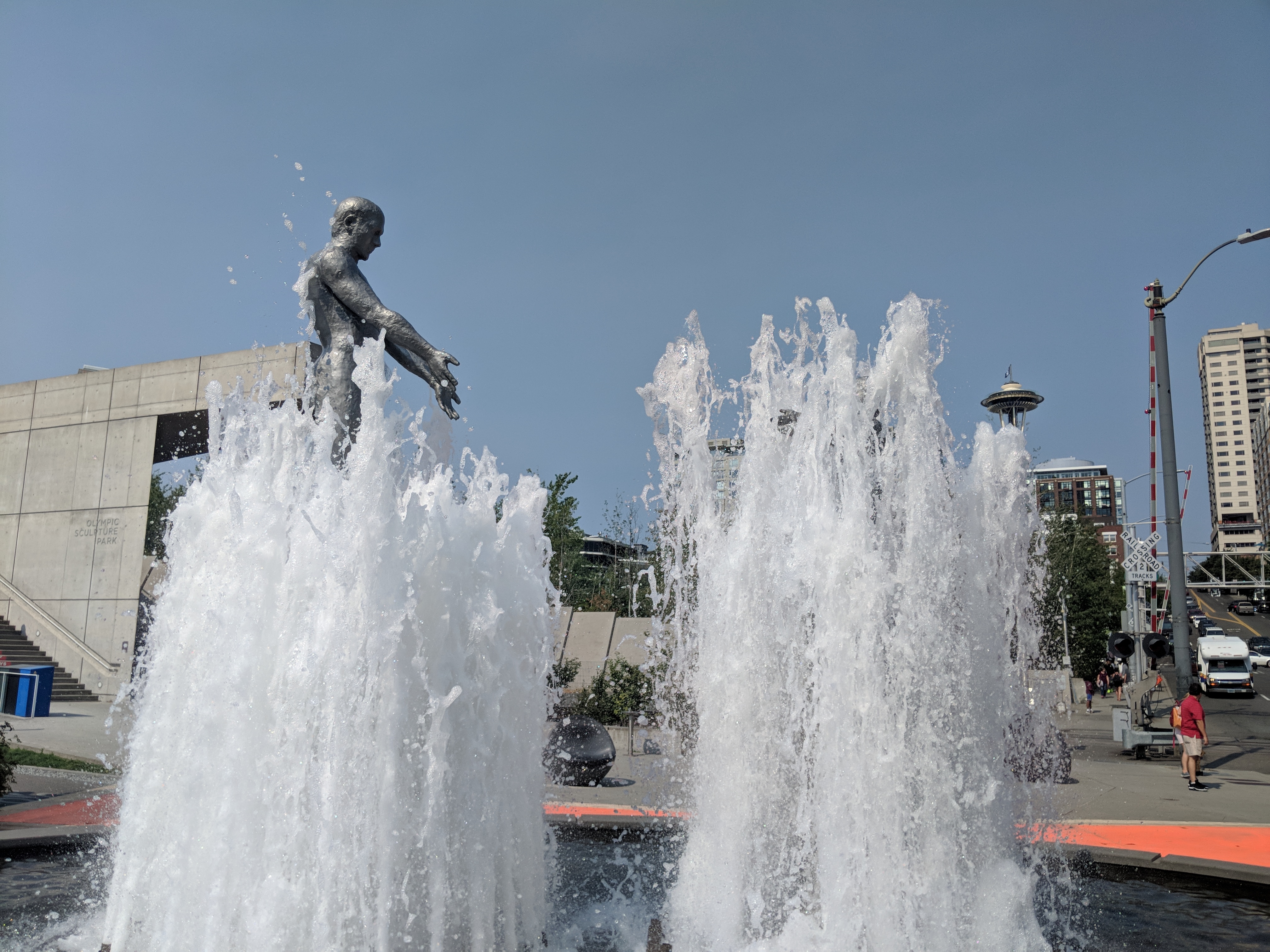