One month of the real world done! I’m pretty proud of myself, but my only reward is paying another month’s rent. Regardless of everything I wrote in the past, I am here to stay in San Francisco in the immediate future, at least. Now that a couple big things1 have happened at work, I can talk about what Astranis does, what I do, and all the other factors that changed my mind. Let’s get started.

First off: who do I even work for? Our website still has basically nothing on it, but people can Google around and find a bit more info on our job postings. The best chunk is probably:

We’re building small, low-cost telecommunications satellites. Our mission is to help bring the 4 billion people online who are without internet. And to pull it off we have to reinvent 30 GHz radio systems in space using SDRs.

Work with incredibly smart people who have flown things in space before. Well-funded, but still a very small team that moves fast. No prior space experience needed, you just need to enjoy getting your hands dirty with real hardware and be ok with struggling to do things that seem impossibly hard.

Now when I say satellites, your gut reaction is probably “metal cubes in space… doing GPS? I dunno.” That was mine too. Sure, it makes sense that some of these are used to send “data” of some sort, and DirectTV is a thing, so some of them send video, but that’s about it. For now, that’s a good enough functional description. The key factor about all these satellites is that they are designed as bent pipe architectures. Not a lot of originality in the name: 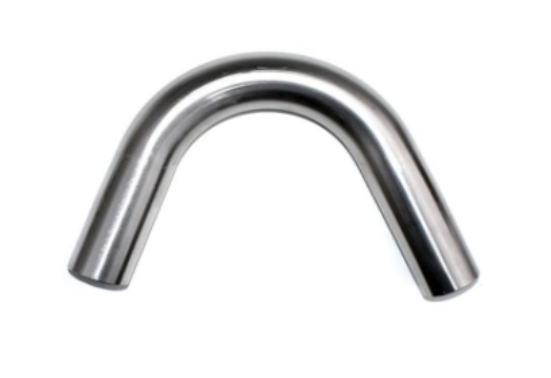 Now, it turns out that these bent pipe designs are not the most efficient things in the world. Not a huge surprise here - there’s no attempts at optimization, just a big repeater. The other type of satellite design is called a regenerative architecture. This involves taking the the data, demod-ing down to baseband2, doing optimizations on the satellite based on the various data packets, then sending modulating them back down in a more efficient manner.

People have done this before, but they’ve also used fairly hard-coded “baseband processors”, so the efficiency is only OK at best, and they aren’t really modular (or, in Silicon Valley terminology, scalable). What do we that’s different? Well, instead of hard-coding in this fancy regeneration process, we put a software-defined radio (SDR) in there instead. Anything beyond that level is a bit too much into the “secret sauce”, but looking at our job postings you can probably put two and two together. Speaking of…

My background is all IC design, and it is probably no surprise that a small startup working on designing satellites doesn’t intend to tape out chips anytime soon. However, it turns out that if you spend a lot of time understanding the intricacies of advanced mixed-signal silicon like ADCs, DACs, and PLLs, you probably also have a good sense of how to use them. This is where I come in.

Above I said we needed a software-defined radio to get the magic going. While they do exist and you can buy them, none of them have the specs we need. So, we’ll make our own. By “we” I mean Astranis, but in reality I just mean me. I basically get to design the entire satellite payload (aerospace terminology for the telecomms parts). This is a level of responsibility and control that you’re only going to get at a startup. This is not some small little piece inside of a massive system, this is a BigThing, and it’s mine.

During my undergrad, that description would’ve frusrated me. That’s not really a job, it’s more of a goal or a vision. So what does my day-to-day look like? Some mix of:

Not a lot of playing with real hardware yet, but testing and validation will definitely happen soon once we start getting hardware designed and fabbed. I also get to flex my skills in other areas a bit too. Some days I write software, other days I write firmware. Once in awhile I might even write some HDL too. I don’t really like talking about it in the context of “hats” that startups always mention. On one level, I just hate hats. On another level, swapping hats seems to imply that each of these areas are totally unique and independent. The more hardware I’ve made, the more use I’ve gotten out of things that weren’t just pure circuit design.

I tried to think of ways to organize the rest of these, but nothing really worked. I’ve noticed that I’ve been ending most of my posts with just a generic potpourri of “and here’s everything else”. I would be tempted to call it a style, but then again “laziness” is not exactly my dream descriptor3.

Yeah it sucks writing this but it’s true. Do you know how much a satellite costs? Like $300 million. That’s insane. I work for a startup, I have some equity (stock). If we launch just one or two satellites, that becomes an insane amount of money really quickly. Maybe we don’t even need to launch one (looking at you Skybox)! I don’t ever want my own boat or helicopter, but I do have a metric yacht-load4 of student loans. Knocking those out would be great, and maybe a moonshot is the way to do it.

I had an absolutely amazing research group at grad school, full of some real geniuses. Their only flaw was that we only all really focused on one area - mixed signal design. That’s not really their fault so much as it is the point of grad school: zoom into one incredibly niche area and try to expand the limits of human knowledge on it. Working at Astranis I get to hang with some real geniuses who span the whole engineering spectrum, and it’s insane how much of that is applicable to what I do, as well as how much I can learn from them.

Space is cool. Rockets are badass. Making hardware that goes into space is super dope. This is not just BoringConsumerElectronicsDevice v[N+1], this is one big massive piece of hardware that may just literally explode into a fiery ball alongside my hopes and dreams. The risks and rewards are just too cool to pass up. Plus, no idea when the next time I would get to work on space hardware is! BigAeroCompanies are just as bad if not worse than BigSemiconCompanies, so there’s basically no chance I’d end up at one of those.

Ok this one is nothing like the others, but I had no place else to put it. Grad school is a roller coaster with insane highs and lows. When you work for a year or more on one project just to have it get it rejected from a conference with a pithy two sentence explainer, it’s pretty hard to see why anyone would want to stay there. On the other hand, getting to present your work at a conference and having some of the best minds in your field come up and say they’re really impressed with what you’ve done - wow oh wow, what a feeling. I guess I’m just writing this because many people had this idiotic “grad school is slave labor lololol” reaction. I would be tempted to call this a pet peeve, except that it really understates just how angry I get6. I’ll save the rant for elsewhere, but I find it incredibly disrespectful to my professor + group, as well as everyone else in academia who goes through that process.

Additionally, grad school/academia is not “waiting for your life to get started”. Anyone who says that is just trying to make up an excuse for their boring life. You are always in control of when your life starts or stops, and no one else is to blame. I may not like SF (don’t worry, that hasn’t changed), but I intend to make the most of it while I’m here.